Veteran Kannada actor Jayanthi who is a well known personality in the southern part of India passed away at the age of 76 on Monday. 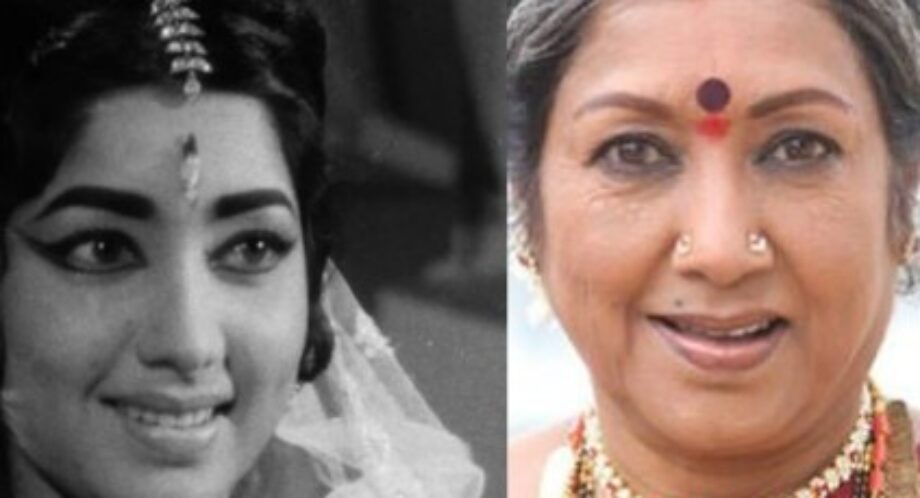 According to sources she died due to age related complications. The famous actress popularly known as Abhinaya Sharade began her career in the industry as a dancer.

She entered the film industry in the year 1963 when she got an opportunity to work in the film named ‘Jenu Goodu.’ She is very popular in the Kannada industry and is well known for her work in popular films like Kallavati, Miss Leelavathi, Banashankari Thulasi and Anand.

Here are few facts about the late actress that you might not know.

1. Jayanthi’s parents had split soon after their marriage. Her mother raised her as a single parent after moving to Madras.

2. Jayanthi’s  mother always wanted her to become a classical dancer.

3. The late actress started her career as a teenager when she was very chubby and was not that good at dancing. She was often not treated so well because of the same reason.

4. Later in her life she joined a dance school where she was taught different forms of classical dances.

She landed a role in her debut move by accident when she was practicing dace for a scene and the Kannada director Y. R. Swam saw her and offered her the role.

6. She was one of the very first actresses to westernize the industry with bold dressing. The movies was considered way ahead of its time as Jayanthi wore a swimwear and a skirt.

7. Jayanthi had won the President award for her work in ‘Miss Leelavathi’. The award was presented to her by Indira Gandhi, the then IB Minister.

8. She has worked in more than 500 films In different languages including, Tamil, Kannada, Malayalam and Hindi. She also did a cameo in an English TV show named Brown Nations which aired on Netflix.

9. Anu Prabhakar is her daughter-in-law, who is also a famous Kannada actress.

Also read: Weightlifter Hou to be tested by anti-doping authorities; Mirabai Chanu stands a chance to get medal upgrade

She was given the title ‘Abhinaya Sharadhe’ which meant Goddess Sharada, in honor of her contribution to the Kannada film industry.