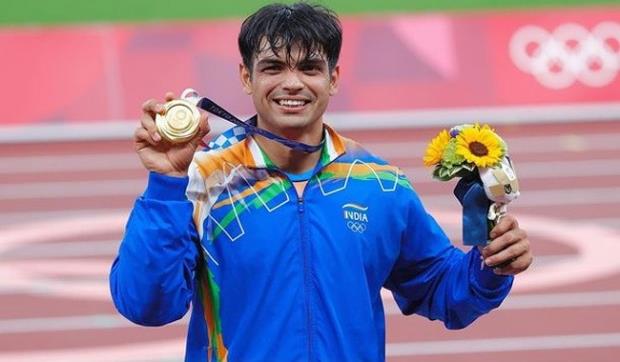 PM Narendra Modi on Sunday took to twitter to appreciate Tokyo gold Medallist Neeraj Chopra for his new initiative to connect students from around 75 schools with the prominent Paralympics and Olympic athletes of India.

In a tweet, PM said that such efforts will inspire our youth to shine on the games field. PM Modi's tweet came hours after the Tokyo Olympics gold medallist Neeraj Chopra spent time with the students of Sarkaridham teaching them how to throw Javelin and explained them the importance of a balanced diet and fitness. Not only this, he also motivated the students to focus on fitness and sports.

“Let’s inspire our youth to shine on the games field,” said PM on the commencement of a new ambitious outreach programme by Neeraj Chopra in joint cooperation with the Education Ministry and Ministry of youth affairs and sports schools to connect students from over 50 schools with ace athletes of India. The motto behind this program is to encourage the youth of the country to inculcate a balanced diet and fitness as habits. 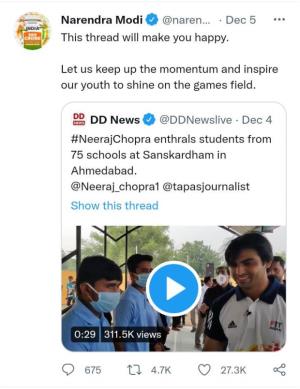 "This is a great initiative by @Neeraj_chopra1, to go among young students and motivate them on sports and fitness. Such efforts will increase curiosity towards sports and exercising," tweeted PM Modi.

Neeraj Chopra was really impressed by the Management of Sarkaridham to prepare and empower the students to excel in the future.

Neeraj Chopra is ranked second internationally by the World Athletics. In Tokyo Olympics 2020 he managed to win gold after a javelin throw of 87.58 m in his second attempt. With this, he became the first Indian athlete to set the world record in the javelin throw.