'Liger' headed back to the cage after dismal opening-day figures

The much-yped 'Liger, which released in theatres on Thursday, seems to be incapable of drawing audiences. The first-day occupancy of the shows have been low, which may show up in a worrisome opening 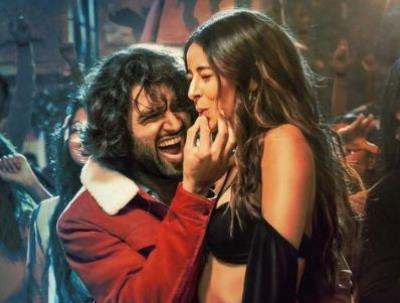 The much-yped 'Liger, which released in theatres on Thursday, seems to be incapable of drawing audiences. The first-day occupancy of the shows have been low, which may show up in a worrisome opening.

Film trade analyst Karan Taurani of Elara Capital told IANS: "The current response to �Liger' is poor. We had earlier estimated that the film will open at Rs 30-35 crore in the South, but the response to the film in Telugu markets has been below par."

Going by the trends, the anticipated lifetime collections of the film, too, have taken a beating from the earlier projected numbers.

"The lifetime collections of the film were expected to be Rs 170-180 crore, out of which 25 per cent was to come from the Hindi market, but looking at the current trends, the film is likely to achieve a lifetime figure of Rs 55-60 crore," Taurani said.

"Out of these Rs 60 crore, Rs 10 crore will come from the Hindi territory. 'Liger' may report a below-par performance across markets," he added.

But why is the film, which had a good buzz around it, finding itself in such a situation? The answer is the lacklustre content that Puri Jagannath, the man at the helm, has delivered.

"One has to really blame the kind of content that's coming out these days," noted Taurani.

"It is failing on every front to pull crowd into theatres. Even for 'Liger', people have seen something similar in 2015 in the Akshay Kumar and Sidharth Malhotra-starrer 'Brothers'," Taurani added, pointing that the film gets beaten on the "novelty factor".

As to what will exactly work at the box office in days to come, the trade analyst said the industry needs to do a lot of introspection and pull up its socks to up the game. "That's the only way the industry can save itself from financial losses and the embarrassment that dawns upon it every Friday," he said.

"Only films with good and realistic VFX and event films with exceptional content will work in the box office," Taurani said.

He concluded by adding: "The industry needs to make radical changes in terms of content that can push footfalls back to pre-Covid levels. People have become selective about the nature of content they want to see in theatres."