Viaan Shetty, the son of Super Dancer judge Shilpa Shetty, is also a talented dancer. Her husband Raj Kundra has shared a video on his social media account that clearly shows this. 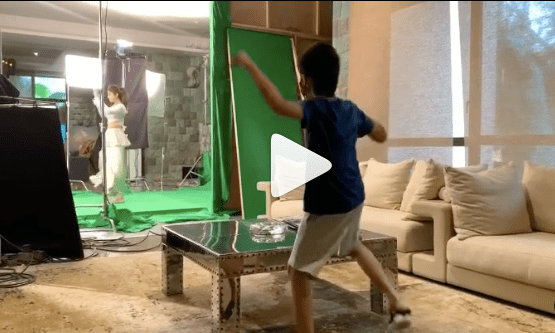 Viaan is seen in the video imitating his mother's dance steps while she is filming a dance act in another room.

Like Shilpa, the young one is energetic and quick in his actions. Viaan Shetty, the son of Super Dancer judge Shilpa Shetty, is also a talented dancer. Her spouse Raj Kundra has shared a video on his social media account that clearly shows this. See video here.

Raj Kundra, the actress's husband, captured it well with the caption,  "Behind the scenes LITERALLY!! #throwback set masti Like Mother Like Son @viaanrajkundra @theshilpashetty #gratitude."

Earlier in the day, Shilpa Shetty posted a video edited by Viaan in which he used deep-fake technology to overlay his mother's face over Cate Blanchett's character Hela's in a scene from Marvel's Thor Ragnarok. Sharing the video, Shilpa wrote: "Viaan put a smile on my face with this video he made, describing how mumma handled COVID-19 All NEGATIVE... Still being positive hoping for a better Covid-free future for all." See video here. 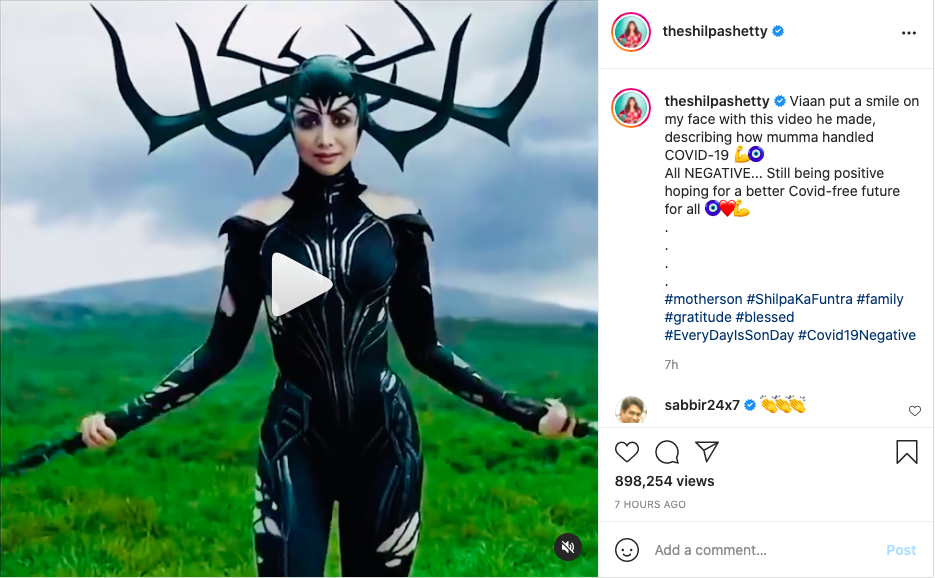 Shilpa and Raj surprised Viaan with a new pet, Truffle, for his ninth birthday. The actress posted a video of his reaction, which is too cute to pass up. See video here. 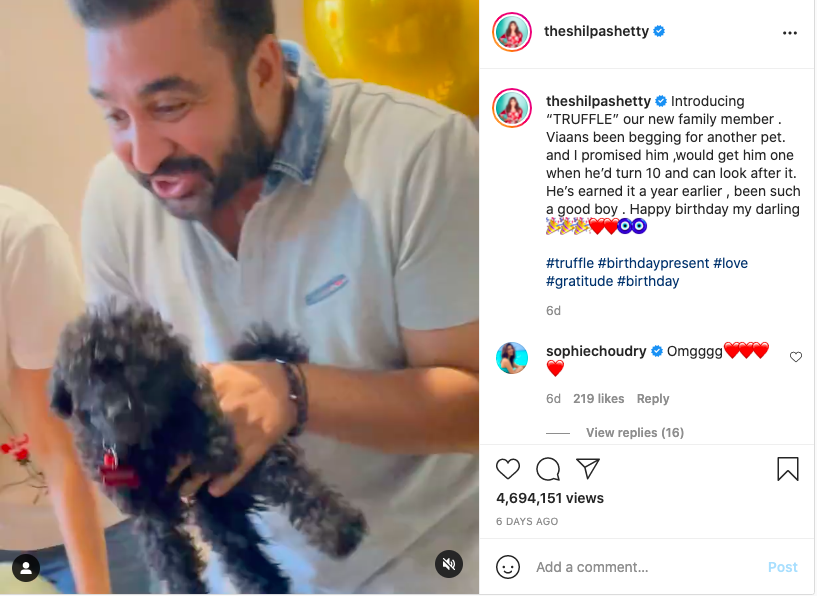 Shilpa wrote,"Introducing “TRUFFLE” our new family member. Viaan's been begging for another pet and I promised him, I would get him one when he’d turn 10 and can look after it. He's earned it a year earlier, been such a good boy. Happy birthday my darling!"

Shilpa's entire family, including her in-laws, husband, son, daughter, and mother, tested positive earlier this month. Shilpa described it as a trying moment in the family in a social media post.

On November 22, 2009, Shilpa and Raj married. They have a one-year-old daughter named Samisha in addition to Viaan. Last year, she was born via surrogacy.