Lil Nas X released a two minute teaser of his new single ‘Industry baby’, on Friday which is co produced by Kanye West and Take a Daytrip. 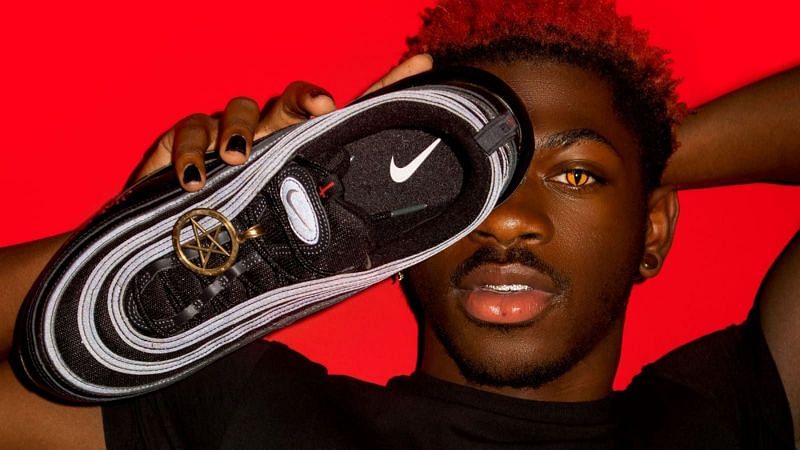 Lil Nas X had been his share of taking turns in the court for the recent controversy that he had been a part of. The 22 year old singer had shared a video of announcing his single “Industry baby” which is featuring Jack Harlow along with a satirical video regarding The Nike Controversial Shoes.

Over the last few weeks Lil Nas X has been making jokes and TikTok videos about the controversial Nike Satan Shoes. The hilarious video contains scenes where the judge says “ Let me rephrase the question: Do your momma know you gay?” After which Lil Nas simply replies with “Yes.”

Soon after that the audience starts to whisper among themselves and the judge replies saying “ Yeah, lock him and throw away the key.” After the release of the trailer, Lil Nas X tweets that the music video will be released in a couple of months.

The theme of the video comes from Lil Nas X’s latest controversial customized sneakers named Satan Shoes.   In the month of March Lil Nas X had collaborated with art collective MSCHF and designed the shoes. The shoes were released along with his new single named “Montero( Call Me By Your Name).”

One of the scenes which was the most talked about and raised many controversies was when Lil Nas X gives Satan a lap dance before killing him and stealing his throne. The shoes were designed  with pentagrams, inverted crosses and had the words written over them which said “ Luke 10:18.”

The initial plan was to release only 666 pairs of shoes. The soles off the shoes also contained a drop of human blood. Later Nike claimed that they had not legally agreed on collaborating and sued Lil Nas X for copyright infringement. Though the case was settled all the sneakers were called back and given refund.

The main issue with the sneakers and the video was Lil Nas promoting sexual immorality and Satanism which provoked the Christian community to raise their voice.

Fans have been loving his attitude towards the controversies  and been supportive. It was evident from the love that was showered by people. Montero ( Call Me By Your Name) was No. 1 on the Billboard hot 100, also becoming his second No. 1 hit single after ‘Old Town road.” The new song is set to release by 23rd of  July.