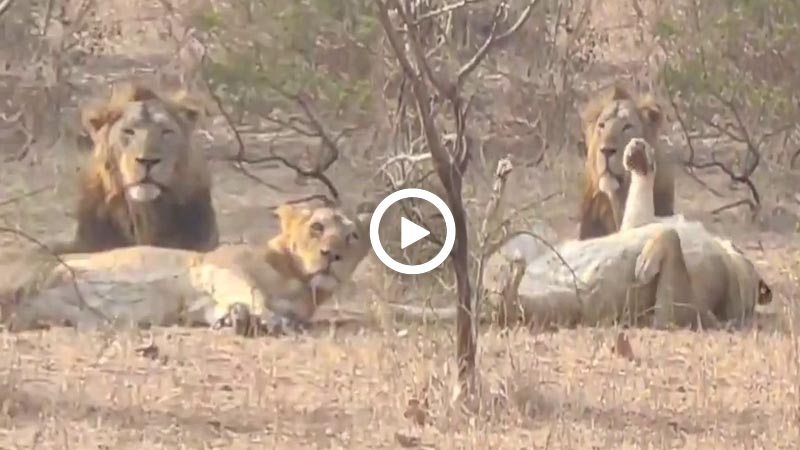 In the human race, it is said that a man bows down in front of his beloved one. A similar sight was spotted at Gir Sanctuary in Gujarat. The video was posted on twitter by Indian Forest Officer Ankit Kumar with a caption, "Somewhere in the jungle...Lion and Lioness are basking in the afternoon sun. Notice the typical behaviour of a Lion...He is a social animal and always move in a pride...Here Lion came at the call of Lioness at Gir Sanctuary.Pls ignore the background noise of tourists."

Also Read: Lion at Gir National Park roars back to back to mark its territory. Video goes viral

Get the latest update about National News, check out more about English News, Gujarat, Viral Video of Lion and Lioness At Gir Sanctuary & IFS Ankit Kumar