In the new clip shared by Lock Upp makers, Poonam Pandey can be seen having a conversation with Shaisa Shinde and expressing her anger toward comedian Munawar Faruqui and Anjali Arora 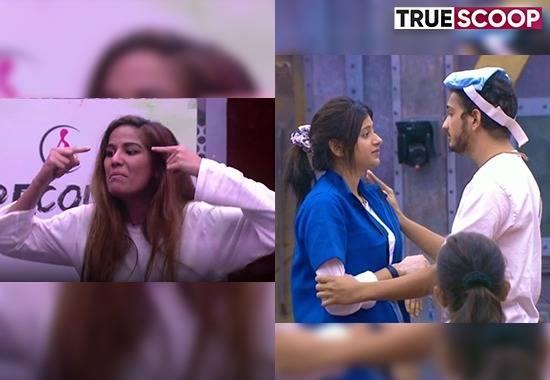 It is pertinent to mention here that comedian Munawar Faruqui and Anjali Arora romance took a step further when the social media star confessed her love for the comedian. Although the comedian did not directly replied to Anjali's confession, he blushed on being heard 'I love you'. Following that on the judgement day, host Kangana Ranaut brought forward the viral picture of Munnawar with a woman and a child and asked the reality behind this.
In response, the comedian refused to talk about it. Following that Kangana shared her personal story of being in a relationship with a married man, Munawar decided to speak up. He revealed he has been married for years now and has a child from the marriage. He added that he was married at a young age but the couple isn’t living together for the past 1.5 years and the matter is in court right now.