Trans model Saisha Shinde recalled 'sex with favourite Indian designer' in order to save herself from the elimination and qualify for the finals of Lock Upp. Author : Malkit Singh 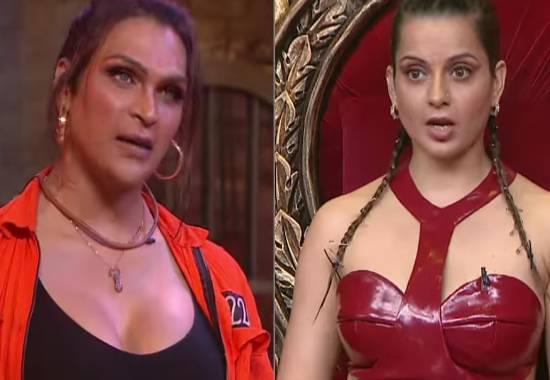 Bollywood actress Kangana Ranaut hosted 'Lock Upp', everyday bringing some interesting and certain heart-touching stories revealed by the contestants. However, at the same time, the controversial celebrities have revealed their dark secrets in the Judgement Day episode in order to save themselves from elimination. In the recent episode of Lock Upp's Judgement Day episode, Trans model Saisha Shinde recalled  'sex with favourite Indian Designer' in order to save herself from the elimination and qualify for the finals.
This Judgement Day will see Saishan Shinde and Payal Rohatgi fighting to qualify for the finale. In order to do so, Saisha and Payal both had to share their unrevealed secrets. While Payal Rohatgi narrated battling alcoholism after a breakup with boyfriend, Saisha Shinde revealed how she was enticed by an Indian Designer while he was still a boy.
Speaking about his secret, Saisha Sinde said, "I have never revealed this secret of mine. There is a favorite Indian designer of mine. When I met him obviously I was enamored by him.  He called me to his hotel. I hugged him and obviously, we had sex. However, then I came to know that he has done the same thing with 7 to 8 boys."
It is pertinent to mention here Saisha Sindhe and Payal Rohatgi's story will be aired on Sunday at the Judegement Day and to know the full truth of their secret, fans can watch the show on MX Player or ALT Balaji video streaming app.
Saisha Shinde Indian Designer sex story
Also Read: 'Lock Upp': Saisha Shinde says transwomen are stripped publicly to prove their gender