Anjali Arora Reveals About Attempting Suicide: Internet sensation Anjali Arora has been making a lot of headlines ever since she appeared in the Lock-Upp show. 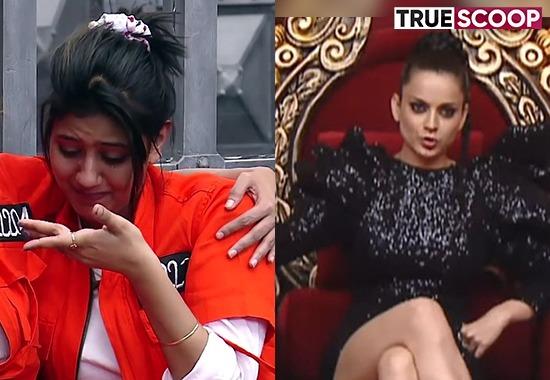 Anjali Arora Reveals About Attempting Suicide: Internet sensation Anjali Arora has been making a lot of headlines ever since she appeared in the Lock-Upp show.
Recently, Last Judgment Day was kept in this popular show of Kangana Ranaut's Lock-Upp. During this, many contestants of the lockup show made many revelations related to their lives.
During this, Anjali Arora also told such a secret of hers, after hearing which everyone was stunned.  Anjali Arora told that she tried to take her own life when she was in class 11th. Anjali further told that once her brother saw her in the lounge of Hookah Bar.
After which he slapped his sister in front of everyone. Anjali Arora told her brother not to tell their father but her brother did not listen to her.
Also Read: Anjali Arora confesses her feelings for Munawar Faruqui despite mother's 'Warning'; 'Open your eyes, mind'
Anjali Arora's brother went and told this to their father, after which her father forbade her to leave the house. And it was said that she would not study further. After which Anjali locked herself in the room for about 1 hour and drank phenyl.
Later her brother broke the door and got her treated. After this incident, Anjali's parents and brother also apologized to her. After this, Kangana Ranaut shared an anecdote and told that she was fighting with her cousin, who was telling her what she should and should not wear. After this, Kangana Ranaut told Anjali that what she had done was very wrong.
Kangana advised Anjali that 'this work you did was very wrong. It is not right to think that you are feeling that your mother has got intelligence, brother has got father's intelligence.
This type of passive dominance is seen in many children. She further said that these ideas are very wrong. She said that by doing such work no one proves to be a hero. She said that 'the person who is very weak and cowardly, it is her work.'