Lock-Upp: Saisha Shinde evicted from the show; Munawar tells her 'I Love You', Updated Finalist List

Kangana Ranaut's Controversial Jail Lock-Upp Finale is to be held on 7 and 8 May. She has got all the preparations done. Whoever wins the show will be given a total of Rs 25 lakh as the Lock-Upp Winning Prize. 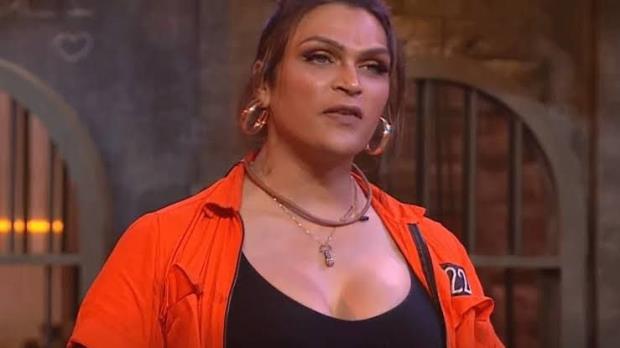 Kangana Ranaut's Controversial Jail Lock-Upp Finale is to be held on 7 and 8 May. She has got all the preparations done. Whoever wins the show will be given a total of Rs 25 lakh as the Lock-Upp Winning Prize.
Where Prince Narula, Munawar Faruqui, Azma Fallah, Shivam Sharma, Anjali Arora and Payal Rohatgi have won the ticket-to-finale. At the same time, Saisha Shinde is out of this race. She is out of Lock-Upp after reaching so close to the finale.
Lock-Upp had become the most-watched OTT show. The contestants were also leaving no stone unturned to spice it up. On Judgment Day, she would surprise everyone by revealing her secret, and on weekdays too, she would grab everyone's attention by nodding each other's heads. Now Saisha had also left no stone unturned to prove herself from the very beginning.
She entered the show as a contestant, which started on February 27 but was later shown the way out after an argument with host Kangana Ranaut. However, later she was brought once again and she got to see a proper love angle with Munawar.
Also Read: Naagin 6: Zeeshan Khan to play 'antagonist' in next season; Warden Tejasswi gives hint in Lock-Upp?
Although many times she confessed that she needed two things in her life – Munawar Faruqui. But despite being a strong contender, she could not survive and had to leave the Lock-Upp a day before the finale.
Munawar Faruqui said to Saisha- 'I love you'
Although she was not sad at that time. She smiled and put the decision of the public on the head. She called this platform a thank you and also thanked the rest of the prisoners for helping them come out. Then hugged everyone. She also hugged Munawar, during which the standup comedian told her 'I love you. After hearing this Saisha also told her that she also loves him.
Lock-Upp Finale will be special
In the Grand Finale Week of Lock-Upp, Tejasswi Prakash along with Karan Kundrra in the Lock-Upp show has also entered as the warden of the jail. Apart from this, many more guests are also expected to attend the show.
There is also news that Kangana Ranaut will come with Badshah to promote the film 'Dhaakad'. This action-thriller film will release on May 20. Well now who names the title of this show, it will be clear in just a few days. Till then stay tuned.