A passer-by while going from there noticed it and reported the case. The person is identified as Gurinder Singh. 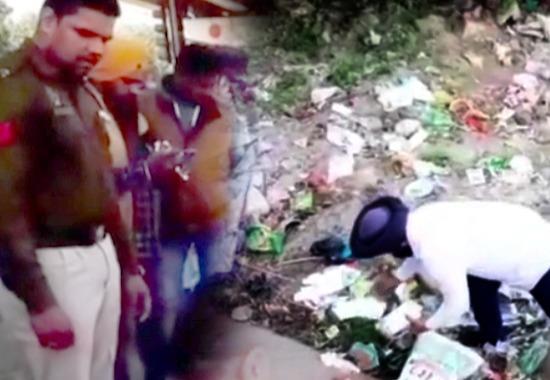 As per shocking information received from Ludhiana, a case of desecration of Gutka Sahib has come to fore. Reportedly, pages from holy book of Sikhism and Hinduism were found lying on banks of Duhri Bridge Canal. A passer-by while going from there noticed it and reported the case. The person is identified as Gurinder Singh.

Soon after this, people from nearby also gathered and informed police about whole incident. Anger and agitation in area sprung up soon after people got to know about the desecration of a religious book. People stated that some miscreants are doing it intentionally to spoil the atmosphere of state and police should take immediate action on such people.

SHO Madhu Bala from Dugri Police Station reached the spot on receiving information along with her team and has launched search operation to find out miscreants who did this. At first, it was being believed that pages of Gutka Sahib must be kept to immerse them into the canal but as canal was being kept dry for last many days police have initiated an investigation regarding the same.

The parts of the religious scripture have been respectfully delivered to the Gurdwara Sahib. At the same time, CCTV cameras installed in the area are being checked. According to the police, the accused will not be spared.