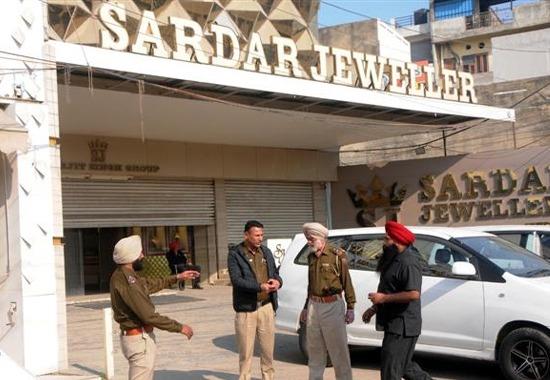 The teams of Income Tax department reached Ludhiana at around 5 in the morning. The team members came in some other vehicles so that no one leaks the information for raids that were to be carried out.

Around a team of 30-40 employees are keeping a check on past records of places where raids were conducted. Bank details and transactions are also being checked by the IT department. For time being, heavy police force is deployed for security at these places.

The places in Ludhiana where raids were conducted by Income Tax Department include big jewelry stores, cosmetic shops, etc. This information has created stir among businessmen from other cities as well.

Talking about Jalandhar, three big jewelry stores namely, Nikkamal Jewelers near Gymkhana Club along with Sardari Lal Jewelers and Mani Ram located in Sadar Bazar of Jalandhar Cantt have also come under scanner of Income Tax Department. Department has taken possession of all their past records with them.