Ludhiana: MC officials to ensure cleansing of drainage system ahead of monsoon

the forthcoming Monsoon season, the Rajya Sabha MP asked the municipal authorities to ensure proper cleansing of entire drainage system of the city 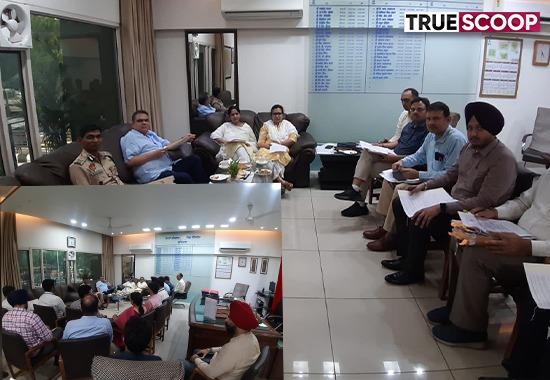 Rajya Sabha Member Sanjeev Arora reviewed various development projects of district Ludhiana wherein he directed the officials concerned to accomplish all the ongoing projects within the given time-frame.

Keeping in view the forthcoming Monsoon season, the Rajya Sabha MP asked the municipal authorities to ensure proper cleansing of entire drainage system of the city to prevent water logging problem during the rains.
He categorically said that any kind of negligence in this task would be highly unwarranted, thereby officials concerned must put concerted efforts in place to ensure smooth flow of rain water during the Monsoon.

He also took stock of ongoing different road projects being executed by the National Highways Authority of India (NHAI) besides emphasising on timely completion of these projects.

In another development, Mr. Arora reviewed progress on Ludhiana Airport project and directed the administration to speed up this project so that the Industrial town can get the benefit of air connectivity with other such destinations.
Also Read:  "Timely completion of Ludhiana Airport and Freight Corridor is need of the hour" says renowed industrialist Upkar Singh Ahuja

Meanwhile, he also reviewed projects being excuted under MPLAD scheme and asked the officials to ensure early distribution of funds under this scheme.