Madhya Pradesh Assembly Speaker Narmada Prasad Prajapati used the scare of the coronavirus to adjourn the Assembly session till March 26, the day of the voting for the Rajya Sabha elections. 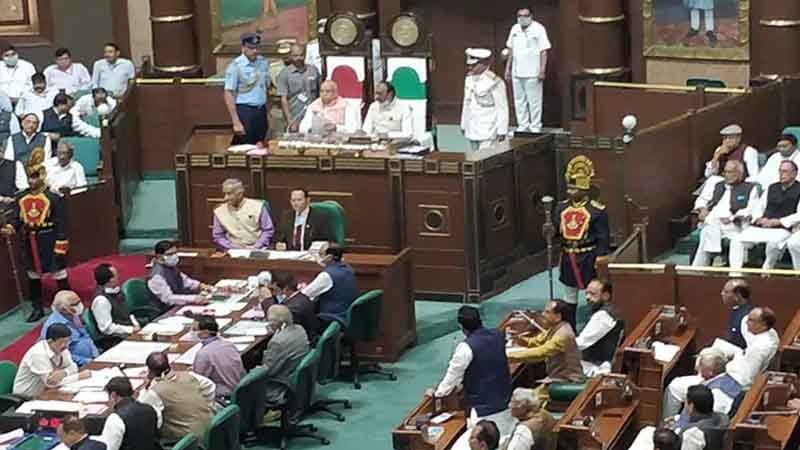 In a first of its kind, the outbreak of coronavirus pandemic, which has killed over 6,000 people worldwide and two in India so far, has come to the rescue of a government.

Madhya Pradesh Assembly Speaker Narmada Prasad Prajapati used the scare of the coronavirus to adjourn the Assembly session till March 26, the day of the voting for the Rajya Sabha elections.

The Speaker invoked a law to adjourn the proceedings. The government also distributed N-95 masks to all the MLAs over the fear of COVID-19.

Though the BJP has moved the Supreme Court against the Speaker's decision, the Kamal Nath government seems to have got a breather at least for the time being.

Also Read: US Woman raped by attendant at yoga centre in Rishikesh

Madhya Pradesh minister Sachin Yadav said that it is the central government which has issued advisories to all states in view of the spread of COVID-19. The Madhya Pradesh government is also on alert due to the outbreak of the epidemic and that is why the Assembly has been adjourned till March 26, he said.

Governor Lalji Tandon had asked the government to prove its majority on the floor of the House just after his address, but the Speaker adjourned the house till March 26.

Sources said that if the floor test was allowed to take place on Monday, the Kamal Nath government was not in a position to prove its majority. The government strategists then thought of using the coronavirus outbreak to go for an adjournment and buy some time.