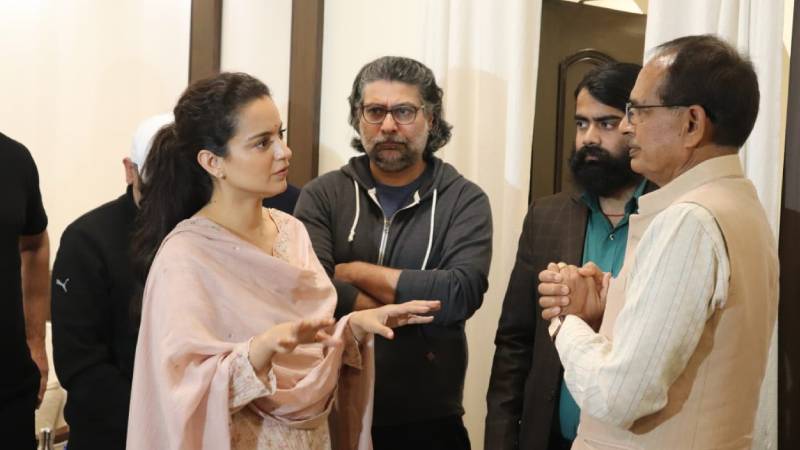 Bollywood actress Kangana Ranaut in Bhopal these days to shoot her film Dhakad. Kangana Ranaut reached the capital Bhopal and also met Chief Minister Shivraj Singh Chouhan. During this time, the entire team of Dhakad were present with Kangana. During this, Kangana praised Madhya Pradesh and said that there is a good environment for shooting the film here. CM Shivraj also tweeted and praised Kangana.

According to the actress, Chouhan can make the film tax-free in the state. According to the reports, when Kangana reached Bhopal, the Political Youth opposed her and asked her to return. However, despite this, she remained focused on her shoot.

Talking to news agency ANI, Kangana said, "This is the third time I am shooting in Madhya Pradesh. Before this, I have shot 'Panga' and 'Manikarnika' here. I am fortunate that I am constantly coming to Madhya Pradesh. I also met Mamaji (Chief Minister Shivraj Singh Chouhan). He encouraged us. I felt as if I was meeting a member of my family. He encouraged and guided us towards women's empowerment."

Kangana also took to Twitter and wrote, "Team #Dhaakad meet and greet with honourable chief minister Shri @ChouhanShivraj ji, today we got to know why he is lovingly called Mama ji, most gentle, compassionate and encouraging influence. We are humbled by your graciousness sir."