Madison Cawthorn nude video shows the Republican naked in a bed and making thrusting motions on top of another person who is reportedly a man. 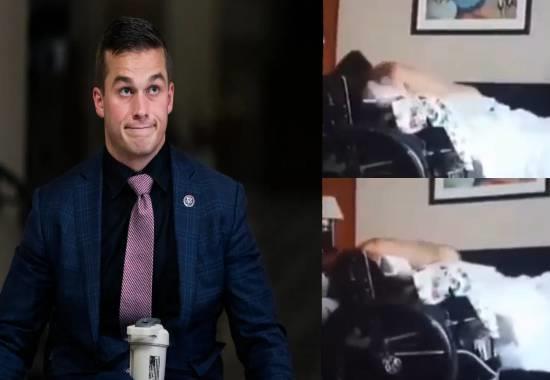 Now, Madison Cawthorn has finally addressed his viral sex tape and clarified that the video was old. Although Madison Cawthorn did not deny that the video was not his, he clarified that he was trying to be funny for his friend.  Cawthorn tweeted on Wednesday and said, "A new hit against me just dropped. Years ago, in this video, I was being crass with a friend, trying to be funny."
"We were acting foolish, and joking. That's it," he added. "I'm NOT backing down. I told you there would be a drip drip campaign. Blackmail won't win. We will," added Madison Cawthorn.