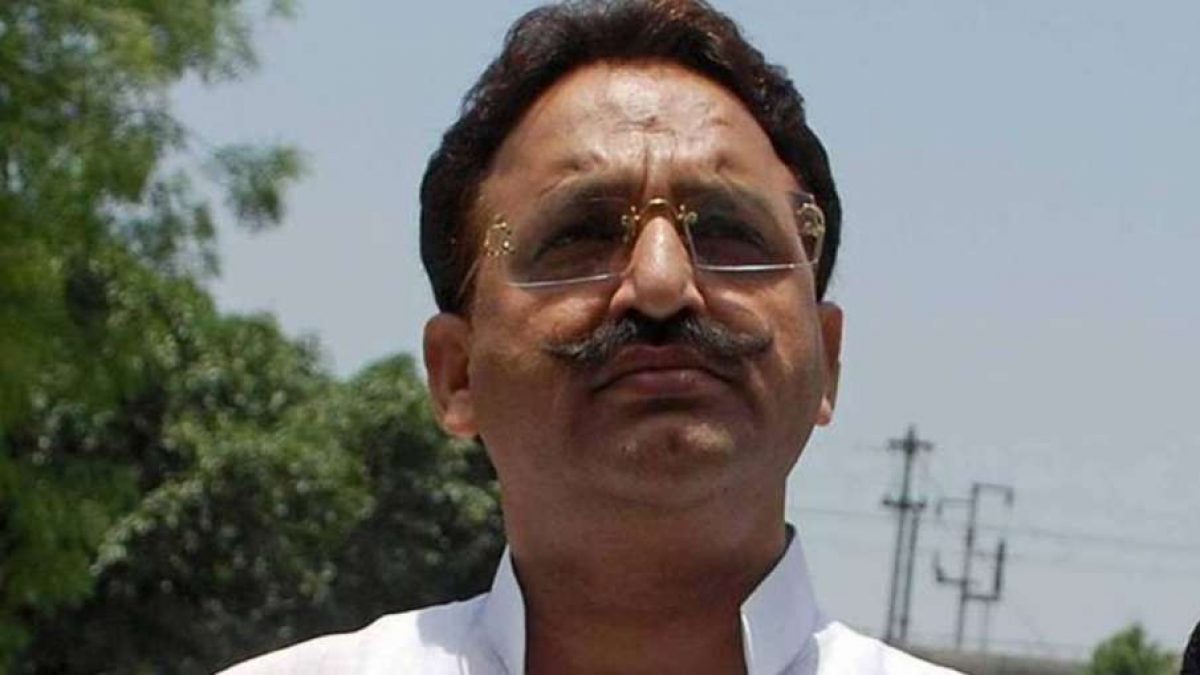 This gangster-turned-MLA, Mukhtar Ansari, was decided to be shifted from Punjab’s jail to Uttar Pradesh’s jail in late March 2021.

Responding to a petition by the Uttar Pradesh government, the apex court of India, the Supreme Court ordered this transfer of custody.

Specifically, he will be moved from Punjab’s Ropar prison to Uttar Pradesh’s Banda prison.

It must be noted that Punjab Government fought against the Uttar Pradesh Government’s plea tooth and nail. The former wanted the plea dismissed.

Punjab Government has been given two weeks to comply with the orders.

The Supreme Court was also hearing a petition by Ansari himself in which he requested a transfer of the cases against him to Delhi. This plea was dismissed.

He was booked for extortion and criminal intimidation. The sections in the Indian Penal Code are 386 and 506 respectively.

The same was done on the complaint of Chief Executive Officer (CEO) of Homeland Group engaged in real estate business in Punjab and Delhi National Capital Region. The CEO has a recorded phone call in which “some Ansari from Uttar Pradesh” asks for Rs 10 crore to ensure the safety of his family.

Readying for the transfer

In early April 2021, in a letter addressed to Uttar Pradesh Additional Chief Secretary, Home Department, the Punjab’s home department, has asked the UP Government to take custody of gangster-turned-politician Mukhtar Ansari from Rupnagar jail by April 8 and make necessary arrangements for his transfer.

Referring to the March 26 Supreme Court order that had directed the Punjab government to transfer the MLA from Mau to Uttar Pradesh's Banda jail in two weeks, the Punjab home department has written to UP government to take over the custody of Ansari.

Mukhtar Ansari, who is wanted in various cases in Uttar Pradesh, has been lodged in Rupnagar district jail in connection with an alleged extortion case since January 2019.

"The said handover is to be made at district jail Rupnagar on/before April 8," the letter stated.’

Ansari suffers from certain medical conditions and the same may be kept in mind while making arrangements for his transport from Rupnagar jail to Banda jail in UP, the letter reads.

Meanwhile, in a statement that is bound to create controversy, UP minister Anand Swarup Shukla on April 2 has termed jailed mafia don and BSP MLA Mukhtar Ansari as an 'Islamic terrorist'.

Talking to reporters in Ballia, Shukla accused the Congress for allegedly shielding Ansari. "It is in the DNA of the Congress to patronise Islamic terror and anti-social elements. Ansari is also like an Islamic terrorist; hence Congress is standing with him," he said.

On the same day i.e. April 2, a case was also registered in Barabanki district against unnamed persons in the ambulance case involving Mukhtar Ansari.

During his appearance in a Punjab Court on Wednesday, Mukhtar Ansari was brought in an ambulance that had a registration number of Uttar Pradesh.

Seeing the developments of UP cops reaching Punjab’s Rupnagar district to take over custody of BSP MLA Mukhtar Ansari and shift him to Uttar Pradesh’s Banda Jail, the family members of Ansari say that they fear for his life in UP’s jail.

Worried over a fake encounter by UP police, MLA Mukhtar Ansari's wife has reportedly filed a petition in Supreme Court today seeking security and protection for her husband while he is being shifted from Punjab's Ropar jail to Banda jail in Uttar Pradesh.

Around seven to eight vehicles of the Uttar Pradesh Police reached the Rupnagar District Police Lines around 4:30 am today, and are now likely to return with Ansari to UP, late on Tuesday night.

Mukhtar Ansari's brother and BSP MP from Ghazipur, Afzal Ansari, also expressed apprehension that a 'conspiracy' may be hatched against him in the UP jail.

"The Ansari family is worried following the media reports and statements made by the BJP leaders. We have approached the judiciary on the issue of security for Mukhtar. When a problem is being created by the state government, then there is no option except seeking the shelter of the judiciary. Justice is still alive in the country. I am confident that justice will prevail and Mukhtar will be proved innocent in all cases," he said.

His wife Afshan Ansari had earlier written to the President of India, seeking his intervention in the matter.

Meanwhile, family sources said that they planned to take a house on rent in Banda to ensure that they remain close to Ansari.

It may be recalled that Mukhtar and his wife Afsha had suffered a heart attack in the Banda jail in 2018. The two reportedly fell unconscious after consuming tea inside the jail. Afsha had gone to meet her husband. After this, Mukhtar was shifted to Ropar jail.

In UP jail now

Now, the man is in Banda jail of UP, after having being transported in an ambulance under heavy security. The ambulance was equipped with all life-saving equipment to handle any possible emergency.

Now, Mukhtar Ansari, is in Barrack Number 15 of Bandaprison and he will be guarded round-the-clock by three security personnel. Also, for the time being, other inmates have been restricted access to this barrack.

The security extends beyond his barrack. The changes include keeping main prison complex gate closed and only staff on-duty will be allowed and that too after screening.

High towers have been erected outside the prison and extra police pickers have also been set up to keep eyes on every visitor.

To take care of his health, a team of four doctors has been empanelled keeping in line with Supreme Court’s orders.

The Supreme Court observed that courts cannot be helpless bystanders while the rule of the law is being flouted.

Get the latest update about Punjab, check out more about india news, apex court of India, uncle Afzal Ansari & crime