Maharashtra Chief Minister Uddhav Thackeray on Wednesday declared that he is ready to quit his post and also as party chief provided the rebels come and talk to him face-to-face while denying that he had discarded Balasaheb Thackeray's Hindutva. 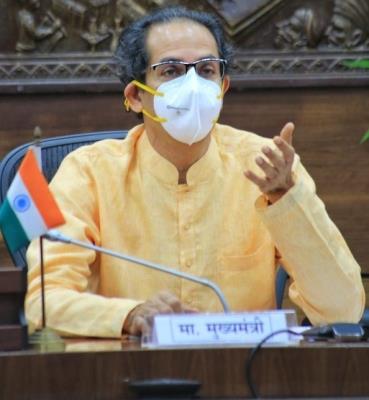 Maharashtra Chief Minister Uddhav Thackeray on Wednesday declared that he is ready to quit his post and also as party chief provided the rebels come and talk to him face-to-face while denying that he had discarded Balasaheb Thackeray's Hindutva. In a direct, emotional challenge to the group of rebels led by Minister Eknath Shinde who are presently in Assam, Thackeray lamented the present situation in which he said, "my own (Shiv Sainiks) don't want me as CM"."But why go to Surat or some other places to say this. Shinde could have just come and told me right here. I would have quit immediately," Thackeray said.He said that ever since the political crisis erupted late on Monday, both Nationalist Congress Party President Sharad Pawar and Congress observer Kamal Nath categorically told him that they fully support him, and Congress President Sonia Gandhi regularly speaks with him."Today, my own Shiv Sainiks don't want me to continue as CM. So, I am ready to resign, leave 'Varsha' (official CM residence) and go to my 'Matoshri' (private home). I am even ready to quit as Sena President. I shall be very delighted if some other Shiv Sainik becomes the CM," said Thackeray.Saying that he would pen his resignation letter, he urged the rebels - who have 'disappeared or were made to disappear', to come and deliver his resignation letter to Raj Bhavan."Let any rebel Sena MLA come and tell me face-to-face that we don't want you. Not on social media. They can come and take my resignation letter to Raj Bhavan as I am down with Covid-19," asserted Thackeray.Dwelling back to Oct-Nov 2019 when the Maha Vikas Aghadi (MVA) was born out of the Shiv Sena-Nationalist Congress Party-Congress alliance, he said that after everything was finalised, Sharad Pawar spoke to him privately."Pawar Saheb told me that I would have to take over the responsibility (of CM), or it would be difficult to continue the MVA alliance. I said I had no experience in such things, but he insisted and I agreed as there was no other option," said Thackeray, indicating he was neither 'power-hungry' as alleged nor has he lost the confidence of the MVA partners."Now, if the Sainiks do not want me, then I am prepared to quit the government and party. I have nothing to fear, I have no greed for the post of CM. I have nothing to feel ashamed of and am not under any compulsions. But come and talk to me," the CM stated.Dismissing the contentions of Shinde and other rebels that he had deserted 'Hindutva', Thackeray hit back, pointing out how only last week (June 15), Aaditya Thacekray along with Shinde and Raut and others went to Ayodhya."Where have I erred. I was the first CM to speak on Hindutva? Hindutva is in our breath and in our blood. In 2014, 63 Sena MLAs were elected solely on the basis of Hindutva. We are carrying forward Balasaheb Thackeray's Hindutva, we ensured it continued after him today and will continue tomorrow," Thackeray said.Stating that he had performed well as CM for two-and-a-half years as the head of the Maharashtra family, he said people are remembered not by their positions but by their contributions."What are the numbers, it's not even a challenge. The only thing I need is your love," concluded Thackeray.The CM's address to the state got a flood of bouquets - and expectedly, even a few brickbats - from various quarters.
While the All India Majlis-E-Ittehadul Muslimeen MP Syed Imtiaz Jaleel praised Thackeray's honesty in the speech, the Maharashtra Navnirman Sena Spokesperson Sandip Deshpande flayed the CM's plea saying Sainiks may be emotional but are not fools to fall for it.