Lord Mahavir spoke of two types of purity – inner purity and outer purity. Anger, pride, delusion and greed are the four types. This is the waste of the soul. 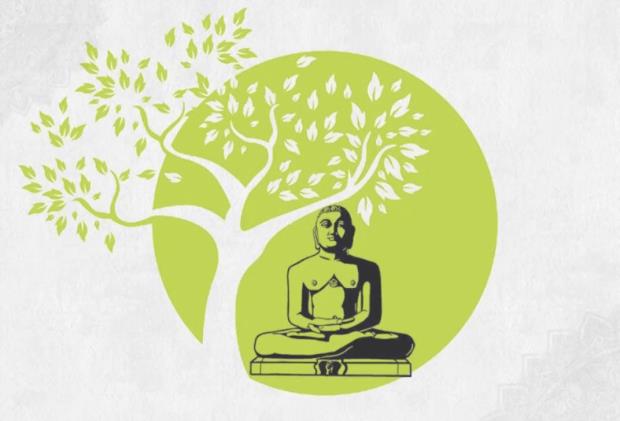 The Janam Kalyanak festival of Lord Mahavir, the twenty-fourth and last Tirthankara of Jainism, is celebrated with great fanfare all over the world on the day of Chaitra Shukla Trayodashi (14th April this year).
This day is also called Mahavir Trayodashi. He may have been born in this holy land six hundred years before Christ, but the principles propounded by him are as relevant today as they were at that time.
We should come to see the eternal principles of ancient scriptures from the present perspective.
A unique movement in Indian society was started by Lord Mahavir in the sixth century BCE. We can call that campaign the campaign of purity.
Lord Mahavir spoke of two types of purity – inner purity and outer purity. Anger, pride, delusion and greed are the four types. This is the waste of the soul.
Lord Mahavir told the first need in man to remove this internal waste. He believed that if anger, pride, delusion, greed and other such feelings of violence are present in the soul, then it is impure and in such a state, no matter how much one is bathed and washed from outside, all that is in vain.
Lord Mahavir tried to remove all the evils spread in the Indian society. If we understand the meaning of his campaign, then it is expressed that 'purity' is a comprehensive approach, of which 'cleanliness' is a part.
Also Read: When is Baisakhi 2022? Here’s all you need to know about the festival
If you do not have a feeling of friendship, compassion, kindness or non-violence towards living beings and you do external cleanliness only so that you do not get a disease, then it is 'cleanliness'.
But in this action, you do cleanliness also so that other living beings also do not suffer, all should be healthy, remain alive, then because of non-violence being the main meaning, it comes in the category of 'purity'.
Gautam Gandhara, the first disciple of Lord Mahavira, listening to non-violence and non-violence on everything, once asked him, 'O Lord, where are the letters, where are the letters of the word? Kahan bhunjanto masanto pav kam not tied.
That is, how to go? how to stand how to sit how to sleep how to eat how to speak? So that there is no bondage of sinful deeds. Then resolving this question, Lord Mahavir said- 'Jai chare Jain chitthe jaymasse Jain says.
Jayam bhunjanto bhajan to pavkam is not tied. That is, walk carefully, stand carefully, sit carefully, sleep carefully, eat carefully and speak carefully, then there is no bondage of sinful deeds.
The meaning of saying is not to prohibit the action, but it is expected that you should be so careful in your every action that other living beings do not suffer, then sin will not be bound in that action.