Bollywood actor Arjun Kapoor and actress Malaika Arora have been in discussion about their relationship for a long time. Both are also dating each other for a long time. 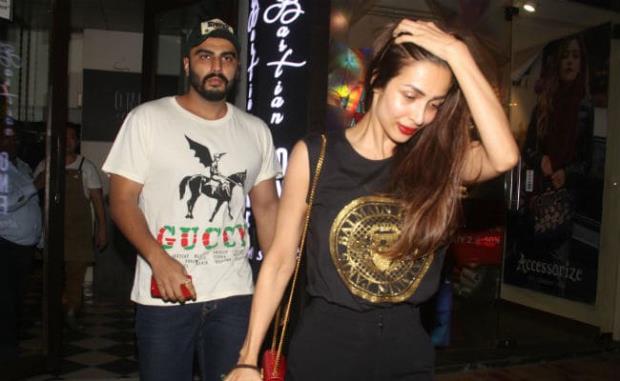 Bollywood actor Arjun Kapoor and actress Malaika Arora have been in discussion about their relationship for a long time. Both are also dating each other for a long time.
The fans of Arjun Kapoor and Malaika Arora are eagerly waiting for their wedding. Meanwhile, Malaika Arora has given a big statement about marrying Arjun Kapoor.
The actress has said that both of them see their relationship as a future. Malaika Arora considers Arjun Kapoor as the most perfect person for herself and both of them often discuss taking their relationship to the next level.
Malaika Arora recently spoke to the in an recent Interview. During this, she talked a lot about her personal life. Malaika Arora while talking about her plan with Arjun Kapoor said, 'The most important thing is if we know that we want to have a future together.
If you're in a relationship where you're still figuring things out and saying, 'Oh, I don't know... but that's not where I stand in my relationship. This is special and important for me.
Also Read: Ranveer Singh, Alia Bhatt all set to grace the couch on 'Koffee With Karan' Season 7
The actress further added, 'I think we are at a point in our relationship where we are thinking about the next part of him. We discuss things a lot. We are on the same level.
With each other's thoughts and ideas. We like each other. We are in a mature situation where there is room for more, but we would love to look at our future together and see where we can take it from here.
Malaika Arora said, 'We laugh and joke about it, but we are also very serious about it. You have to feel positive and secure in your relationship. I am very happy and positive. Arjuna gives me confidence and certainty.
Yes, I don't think we should open all the cards at once. We still love our life and romance together every single day. I always tell him that I want to grow old with you. We'll find out the rest, but I know he's the perfect fit for me'.