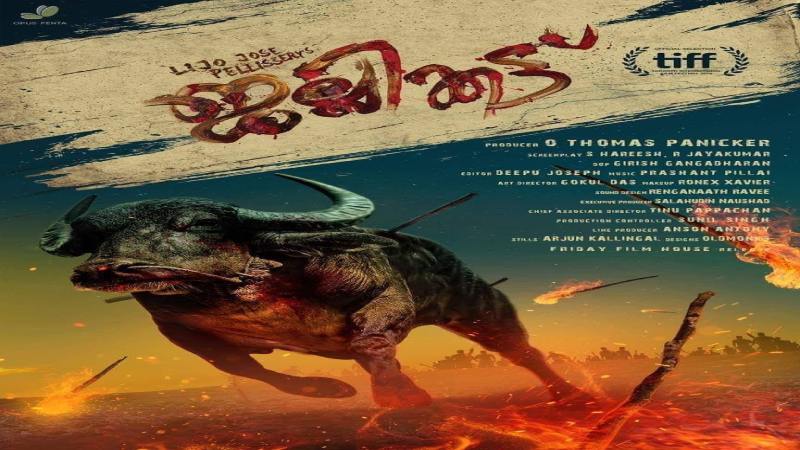 The Malayalam film, Jallikattu, directed by Lijo Jose Pellissery has been selected as an official entry in the Best International Feature Film category at the upcoming 93rd Academy Awards, 2021.

The news was confirmed by trade analyst Ramesh Bala. He took his Twitter account to announce the wonderful news, "Lijo Jose Pellissery's #Jallikattu is India's entry for the Best International Film #Oscar category.”

The 2019 action drama starring Antony Varghese, Chemban Vinod Jose, Sabumon Abdusamad and Santhy Balachandran is a story based on the short story named ‘Maoist’ by Hareesh.

The screenplay is done by S. Hareesh and R. Jayakumar.

The movie revolves around a buffalo that escapes from a slaughterhouse in a remote hill town of Kerala, and how the people of the entire town hunt down the animal. The plot depicts the vicious side of humanity as the animal runs helplessly in the town creating havoc.

Pellissery was awarded the Best Director award at the 50th International Film Festival of India (IFFI).

Last year, Zoya Akhtar’s superhit success 'Gully Boy', was sent as India’s official entry to the 92nd Academy Awards, however, it couldn’t acquire a place in the final shortlisted movie that was in the race.

The South Korea blockbuster, 'Parasite' came out victorious in the International Feature Film category and created history by going on to become the first non-English film to also win Best Picture.

We hereby wish that ‘Jalikatu’ could also bag an Oscar for India.