West Bengal Chief Minister Mamata Banerjee has alleged that UPSC has asked questions “given by BJP” and has been weakening its foundation as an impartial body. 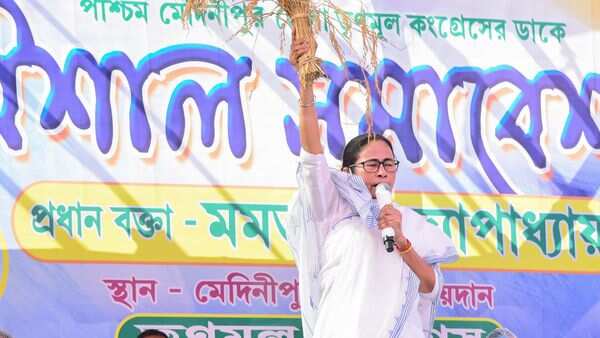 The questions asked in the exam for Union Public Service Commission (UPSC) have become one more reason to multiply the conflict between West Bengal Chief Minister and the centre.

West Bengal Chief Minister Mamata Banerjee has alleged that UPSC, exam conducted for the recruitment in civil and armed forces, has asked questions “given by BJP”.

In a 200-word question, for the Central Armed Police Forces (CAPF), the commission has asked candidates to share their views on the Bengal Poll Violence. The question read, “Write a report on Poll Violence in West Bengal.”

She made an allegation on the UPSC while announcing new COVID-19 related relaxations in the state. West Bengal CM said, “The UPSC is asking BJP's questions. UPSC used to be an impartial body but the BJP is giving it questions to ask. Even the question in a UPSC paper on the protest by farmers was politically motivated."

CM Banerjee further told reporters in Kolkata, "The BJP is destroying institutions like the UPSC.”

There was one more controversial question in the UPSC CAPF 2021 exam, where the candidates were asked to write a piece of opinion on the Farmers' protest. The question on the UPSC CAPF question paper read, “Write arguments ‘for’ and ‘against’ each of the following: (a) Farmer protest is politically motivated and (b) Elections in states should be held simultaneously.”

These questions have created a spark in the political arena. The opposition has asked to cancel the exam and TMC has asked why politically motivated questions were asked?

TMC leader Mohua Moitra told medial channel News18 that TMC would definitely take the issue up. She said, “This does not surprise me because CAPF is increasingly now utilized by Bhartiya Janta Party (BJP) and in Bengal polls, they showed it.”