The video of D'Adrien Anderson licking the ice cream was shared on social media last year in August. After the video went viral, various health and safety questions were raised. 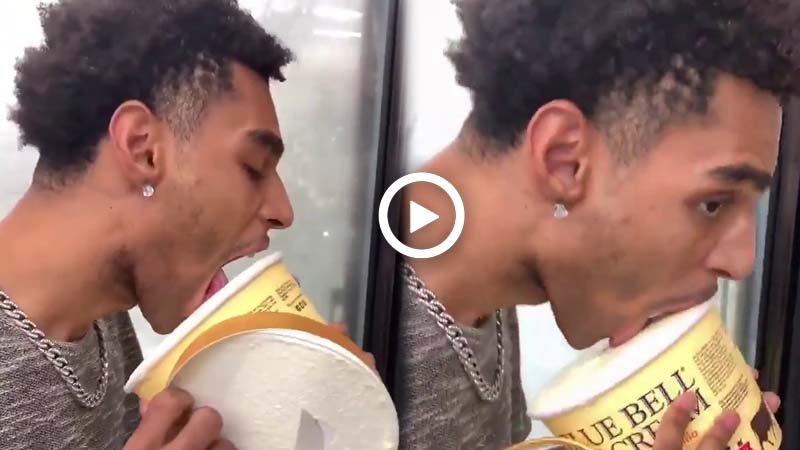 Sometimes being funny and pulling prank can backfire you. A similar incident was caught when a 24-years-old man in Texas made a video of himself of licking an ice cream tub and putting it back in the freezer of a Walmart supermarket.

On Wednesday, he was sentenced to jail for 30 days and a fine of USD 1,000 (over RS 73,000) has been imposed on him. The video of D'Adrien Anderson licking the ice cream was shared on social media last year in August. After the video went viral, various health and safety questions were raised.

When checked on CCTV cameras, it was found that he actually bought that ice-cream tub later. As per reports, the incident took place on August 26 at a Walmart in Port Arthur. Anderson and his father later returned to the shop to show officers a receipt as proof that he had bought the tainted ice cream kept in the freezer.

Also Read: Coronavirus: US Health adviser licks finger after advising people not to touch the face