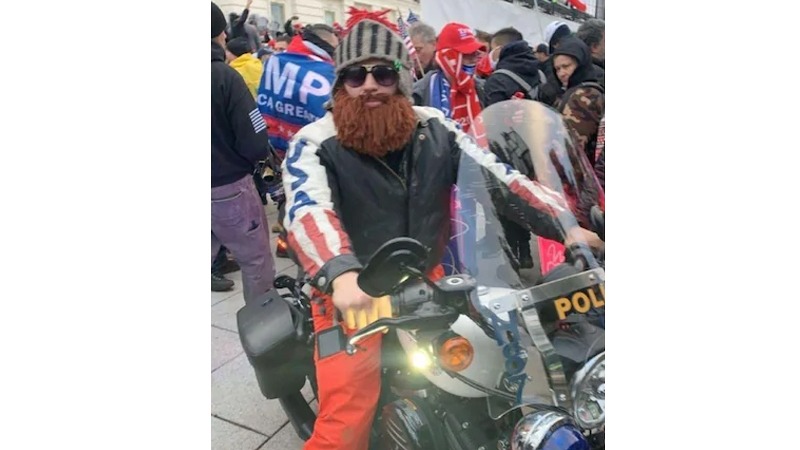 Brandon Fellows, a New York citizen got widespread attention after he was caught on camera smoking a joint at the office of a US Senator during the Capitol protests last week.

Before last Thursday, Brandon had never taken part in Donald Trump’s rally but the president's call to unite and fight for him, made him come to Washington where he ended up smoking up inside the Capitol building.

Brandon Fellows, 26, is a local grocery store worker in New York, only wished to attend a Trump’s rally but got himself part of the unprecedented Capitol violence that caused several arrests and five deaths including two policemen and a woman.

He said Trump tweet saying “Big protest in D.C. on January 6th”, “it will be wild”, had excited him to come to Washington from New York. However, Branson says he has no regrets for actions inside the US Capitol building which were captured on camera and had astounded the entire world.

As the mob went inside the Capitol building to shame the biggest democracy in the world, Brandon Fellows went around harassing the police personnel and making Snapchat videos out of them, as reported by Bloomberg.

Brandon Fellows remains dismissive of the impact of his actions and says nobody got hurt because of him nor did he break anything.

Meanwhile, the only consequences of him taking part in the rioting at the US Capitol building is that his account on the dating app Bumble has been blown up, where he posted some of the photos from that day.

What happened at the US Capitol Hill building?

Thousands of Trump supporters attacked the Capitol building following the alleged provocative speech by Donald Trump when the US Congress had congregated a session to formally convene Joe Biden’s victory as the next president of the United States and Brandon was one amongst the protesters.

As the mob attacked, councilmen escaped taking shelter while police personnel struggled to prevent the massive gathering of Trump supporters.