Mangalore: On Monday (June 27, 2022) in Mangalore, Karnataka, a 13-year-old madrasa student alleged that he was assaulted by people of other religions and tore his kurta. 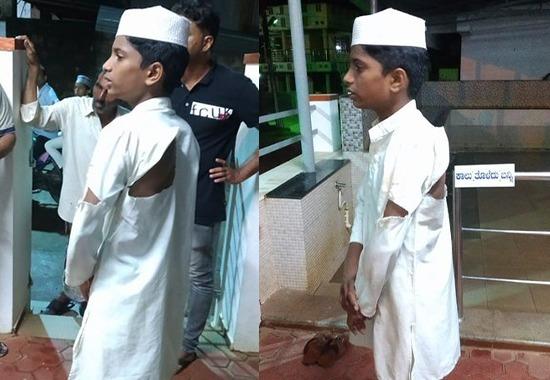 Mangalore: On Monday (June 27, 2022) in Mangalore, Karnataka, a 13-year-old madrasa student alleged that he was assaulted by people of other religions and tore his kurta. Now the same boy has retracted his statement during the interrogation by the police. A madrassa student, who portrayed himself as a victim, admitted to the police on Thursday (June 30, 2022) that he had made up a false narrative due to a lack of proper attention at home and school.
According to the report, Mangalore Police Commissioner N Shashi Kumar has told that the boy himself had torn his shirt with a pen, to tell people that he had been beaten up. After the boy alleged assault, the police swung into action to avoid any communal tension.
During the investigation of the case, when the police checked the statement of the boy, CCTV camera footage and other evidence, the police were also surprised. Because the boy told a lie. After this, he was again called for questioning on Thursday. The boy told that he belongs to a poor family and he is also weak in his studies. Because of this, he is not getting the respect that he wanted.
Also Read: Google to auto-delete abortion clinic visits from users' location data
After the reality came to light, the police called his parents and community leaders and told the whole truth. Now the police will record his statement again before the child welfare committee and doctors. After this incident of 'assault' with the boy, tension had spread in Suratkal and its surrounding areas.
While talking to the media, a senior police officer at Suratkal police station said that he is a student in class 8th. He was returning from Chakraborty ground on the day of the incident. He had alleged that while returning, two men approached him from behind and pushed him from behind. Then after tearing his clothes they ran away there. But now all these allegations are false.