Manipur Assistant Superintendent of Police (ASP) Thounaojam Brinda, who was bestowed with a gallantry award for war against drugs, has returned her medal after a court in Imphal released seven accused in a drugs case citing 'unsatisfactory' probe. 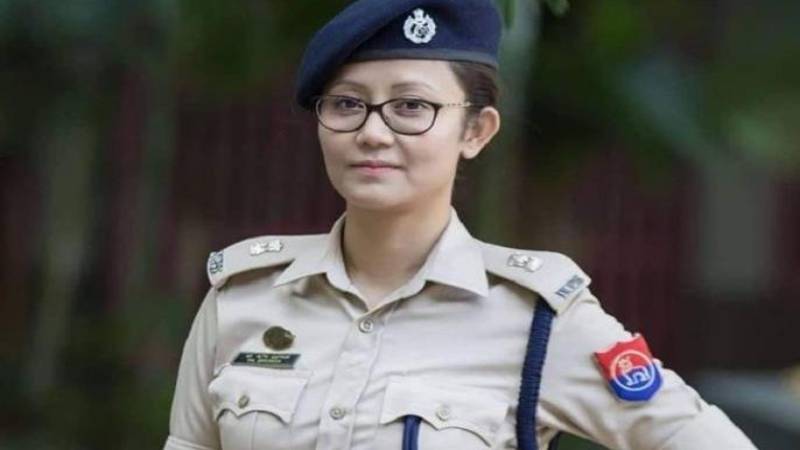 Manipur Assistant Superintendent of Police (ASP) Thounaojam Brinda on Friday has returned Chief Minister's Gallantry Medal which she was conferred for drug inquiry in which former Bharatiya Janata Party ADC chairman and six others were connected.

Thounaojam Brinda was bestowed with the medal by Manipur Chief Minister N Biren Singh in 2018 on the occasion of Patriots Day as an acknowledgement of her continued effort against the smuggling and sale of drugs in the border state.

Reportedly, Brinda was the first officer from the state’s Narcotics and Affairs of Border Bureau to be awarded a state gallantry award and after that, she was promoted to the position of additional superintendent.

The police officer returned the medal with "utter regard for the state department".

Ms Brinda citing the reason of returning her medal said that her investigation and prosecution has been termed as “unsatisfactory” by the  ND&PS Court, "the decision reached by the Hon'ble ND&PS Court, Lamphel, which acquitted former Bharatiya Janata Party ADC Chairman Lhukhosei Zou and six other individuals, implicated in the case where a huge amount of drugs were seized."

In her letter, Brinda said, "I feel morally inclined that I have not conducted my duty as "per the wishes" of the Criminal Justice Delivery System of the land. Hence, for the reason cited above, I do not consider myself deserving of the honour bestowed upon me by your good self. I, therefore, return the same to the state Home Department so that it may be given to a more deserving and loyal police officer.”