Manish Tewari's truth bomb on Cong: Says 'inaction over 26/11 was sign of weakness' of Manmohan govt

“There comes a time when actions must speak louder than words. 26/11 was one such time when it just should have been done," said the party leader. 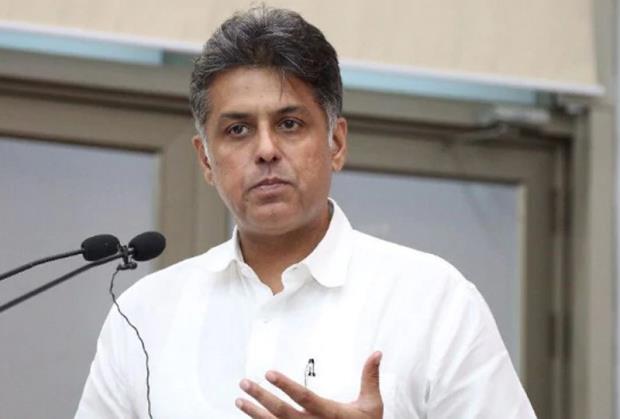 Senior Congress leader and Anandpur Sahib MP Manish Tewari has slammed Prime Minister Manmohan Singh's response to the Mumbai terror attacks of 26/11. Tewari wrote in his book '10 Flash Points; 20 Years - National Security Situations that Impacted India' that the government went soft in the name of restraint, which he said is a sign of 'weakness' rather than 'strength.'

According to an excerpt from Congressman Tewari's new book, India should have "actioned a kinetic response" against Pakistan in the days following the 26/11 Mumbai terror attacks, because Pakistan is a country "that has no compunctions in brutally slaughtering hundreds of innocent people."

“There comes a time when actions must speak louder than words. 26/11 was one such time when it just should have been done," said the party leader.

Announcing his book on Twitter, Tewari said, “Happy to announce that my Fourth Book will be in the market shortly - '10 Flash Points; 20 Years - National Security Situations that Impacted India'. The book objectively delves into every salient National Security Challenge India has faced in the past two decades."

The Mumbai 26/11 attacks were a series of terrorist attacks that occurred on November 26, 2008. Ten LeT terrorists from Pakistan carried out 12 coordinated shootings and bombings in Mumbai, killing more than 150 people and injuring many more.

While security forces killed nine terrorists, Ajmal Kasab was apprehended alive by police. In 2012, he was hanged to death.

Tewari also mentions the Taliban's rise in the excerpt, writing, "The challenges to India's national security had exacerbated both in complexity and intensity in the past two decades."

The excerpts have prompted mockery from the BJP, with Amit Malviya tweeting, "After Salman Khurshid, another Congress leader throws the UPA under the bus to sell his book."

"Manish Tewari in his new book slams the UPA for weakness in the name of restraining post 26/11. Air Chief Marshal Fali Major is already on record saying IAF was ready to strike but UPA froze," Mr Malviya posted a screenshot of a note from the book's publishers on Twitter.