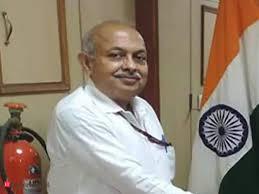 The high-profile National Herald case has suddenly become the most burning topic of prime time debates since the Enforcement Directorate (ED) began interrogating Congress leader Rahul Gandhi. But who is handling the case?The case is being monitored by ED Director Sanjay Kumar Mishra, an Indian Revenue Service officer of the 1984 batch. Before joining the ED, Mishra also served in the Income Tax Department.He was made the Principal Special Director of ED on November 19, 2018 and a few days later, he was announced as Director of the ED.Mishra, during his career spanning 4 decades, has handled several high-profile cases that several times fetched him praise from the government.During his tenure at the financial probe agency, Mishra has looked after a number of money laundering cases such as the Yes Bank case related to Rana Kapoor, former ICICI Bank's CEO Chanda Kochhar's husband Deepak Kochhar's case and the Vijay Mallya case.Under Mishra's tenure Christian Michel James, one of the prime accused in the AgustaWestland chopper scam was brought to India. Officials say that it was one of the major breakthrough in the case.At present, Mishra is handling the most controversial National Herald case in which Rahul Gandhi is facing the agency's long list of hard questions.Mishra's 3-year-long tenure at ED was to end in November 2021 but the Centre brought an ordinance and amended the Central Vigilance Commission (CVC) Act, through which his tenure was extended till November 18, 2022. Earlier, the tenure of the ED Director was for two years but now it can be extended up to five years.
Source IANS