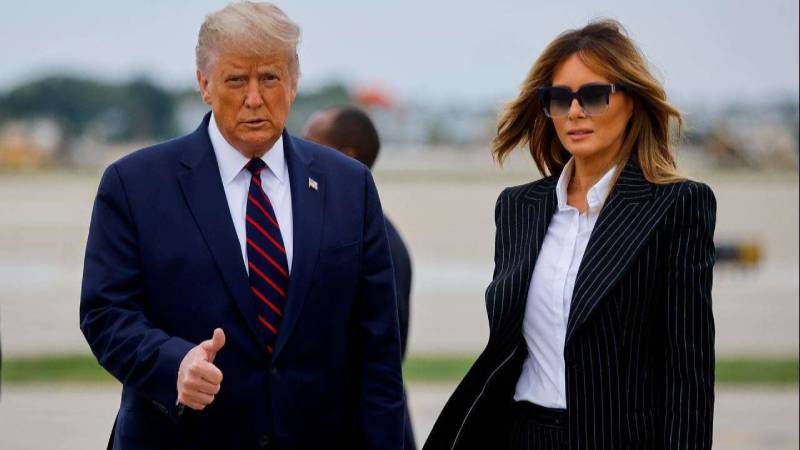 After facing a brutal defeat in US Presidental Elections 2020, former President Donald Trump's troubles are getting doubled. Going by some media reports, a former aide of Melania Trump has claimed that she is 'counting the minutes' to divorce Donald Trump once he steps out of the office.

According to the claims of Omarosa Manigault Newman, a former political aide to the Trump administration as published by The Daily Mail UK,  "Melania Trump is 'counting the minutes' until he is out of the office and she can divorce him."

This decision, however, comes after a day when Donald Trump lost the 45th US Elections to Democrat candidate Joe Biden.

Divulging details about their not so cozy relationship, ex-aide Stephanie Wolkoff, who was appointed as senior advisor to the former First Lady of the United States Melania Trump, claimed that they both had separate bedrooms in the White House and that their marriage was 'transactional.'

While, another ex-aide Omarosa Manigault Newman, who was a political aide to President Donald Trump, claimed the couple's 15-year marriage was over.

Interestingly, it is being said that Melania Trump had burst into tears when her husband emerged victorious in 2016 as Melania and her friends claimed that they had never expected him to win.

Also Read: "I WON THIS ELECTION": Donald Trump after Joe Biden emerges victorious in US Elections

Though Melania, 50, has said she has 'a great relationship' with her husband (74) certain cold moments between the couple have been spotted in the public.

Notably, Donald Trump's prenup agreement with his second wife Marla Maples holds that she can not publish any book or give interviews critical of him, it is presumed that Melania has had to agree to a similar code of silence.

While writing the article, #MelaniaTrump was trending on Twitter. The micro-blogging site was flooded with witty reactions from the netizens over speculations of the famous couple's divorce.

Check out the reactions: