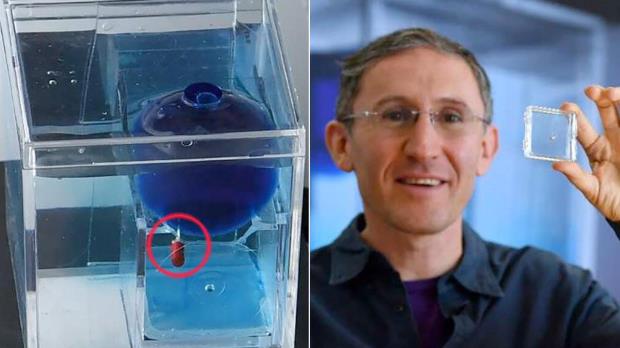 Sending robots inside people's brains to treat mental illnesses may sound like something out of a science fiction film, but Bionaut Labs in California is attempting to make it a reality. Clinical testing using this technology on people will be conducted in the next two years, which is stated according to the company.
Robots will be injected into the human body:
Microrobots are bullet-shaped metal cylinders that follow a pre-programmed course. These robots are so small, according to Michael Schpigelmacher, CEO of Bionaut Lab, that they may be inserted into the human body through injection. With the use of magnets, these may then be directed towards the brain.
The finest example of microrobots, according to Michael, is a team of doctors who fly to a miniature spacecraft to mend blood clots inside the brain in the 1966 film Fantastic Voyage.
The functioning of these microrobots in the human body:
The robots were created in partnership with the Max Planck Research Institute in Germany. They utilized magnetic energy instead of ultrasonic or optical energy to send the robots to the brain since it is not harmful to the body.
The patient's head was fitted with a magnetic coil that was connected to a computer. Robots can be moved in the appropriate direction with their assistance, and the damaged part of the brain can be repaired. This full equipment is portable and consumes 10 to 100 times less electricity than an MRI scan.
Can they cure major diseases?
Microrobots, according to the news agency AFP, will be able to heal Dandy-Walker syndrome. It is a congenital illness in which fluid begins to flood the brain and cysts up to the size of a golf ball begin to form. As a result, the strain on the brain grows, and the mind-body equilibrium becomes unstable. Cancer tumors, epilepsy, Parkinson's disease, and stroke in the brain might all be treated by microrobots.]
Also Read: Biden says 'discussing' whether to drop hiked tariffs on Chinese products
Animal testing:
According to Michael, his company has tested this technique on large animals such as sheep and pigs. The technique is also safe for people, according to the results of the trials. The US Food and Drug Administration (FDA) granted Baynot Labs certification last year.