In the Velda Village North County Police patrol car video, it can be seen the woman sitting on the ground and behaving like she is trying to find something. 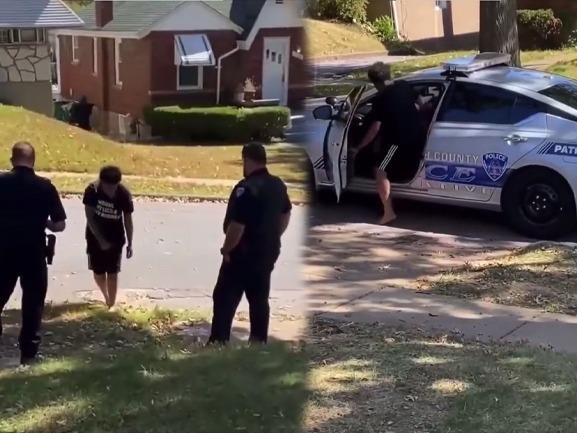 In a bizarre incident, a woman stole a Police patrol car in front of them after they allegedly left the keys in the car. The bizarre incident took place in Missouri, United States when the St. Charles woman stole the North County Police Cooperative patrol car and rammed it into a tree. To be precise, the incident took place in the 3000 block of Capehart Drive in Velda Village Hills where the Police were allegedly called for reports that the woman was acting erratically in the area. Now, the Velda Village North County Police video has been doing rounds on social media with netizens taking a dig at the cops. In fact, Velda Village North County Police viral video incident is being compared to one of the famous games 'Grand Theft Auto' (GTA).

Friendly reminder not to leave your keys in the car 😂 pic.twitter.com/TNHodmvNrO

As per a US media report, the woman has been identified as Kiiaundra Brown, 27, and is currently facing felony counts of property damage and stealing a motor vehicle. Furthermore, the reports say that the officers waited for EMS to arrive, court document allege she ran from officers and got into a North County Police Cooperative patrol vehicle. Police say Brown then started the vehicle, a 2022 Nissan Altima, and crashed it into a tree before placing it into reverse and jumping out of the car. The car then struck another tree.

After the video went viral, one user wrote, "GTA Style"

"No way to recover from the clowning they are gonna receive at the precinct especially with it being captured on video" wrote another user.