Mohali Headquarters Blast: In the case related to the attack in Mohali Punjab, the police have got great success. Police have detained a person named Nishan Singh. 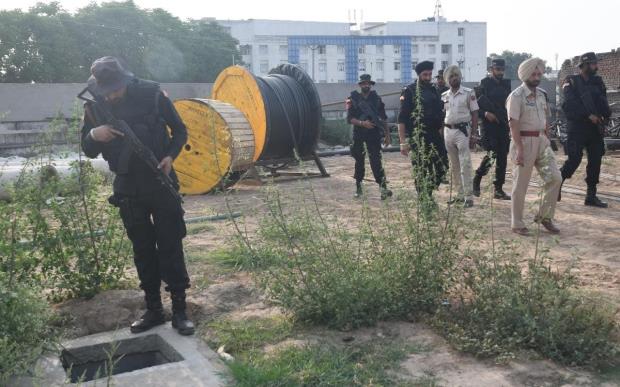 Mohali Headquarters Blast: In the case related to the attack in Mohali Punjab, the police have got great success. Police have detained a person named Nishan Singh. He is a resident of Faridkot, is accused of helping the attackers.
Who is Harvinder Singh or Rinda?
A gangster turned terrorist Harvinder Singh Rinda is residing in Pakistan. Rinda killed his relative at the age of 18. He was the prime accused in Ludhiana Court blast. He is also liable for the attack on Punjabi singer Permish Varma.
Punjab Police is soon going to reveal the entire conspiracy of this case. At present, the police are interrogating the suspect. It is noteworthy that on Monday night, a rocket-propelled grenade was attacked on the headquarters premises of the intelligence unit of the police present in Mohali.
Due to this attack, the windows of the building were broken. Fortunately, no one was present in the room where the target was made.
Also Read: Unveiling Mohali Attack: One arrested from Indo-Pak border; master mind Rinda sitting in Pakistan
Punjab Police has come into action only after the Mohali attack. The police have launched a search operation in the areas adjoining the Chandigarh-Delhi National Highway to nab the attackers. In the evening, 11 people were detained from the areas adjoining the highway.
Apart from this, the police also arrested a suspect from Ambala. Police are interrogating all these 12 people. At the same time, the District Public Relations Officer of Sahibzada Ajit Singh Nagar said that the police are carefully examining all the evidence found in the case related to the attack. At present, the police have strengthened the security system in Mohali.
The launcher used in the attack was recovered
At the same time, Punjab Police said on Tuesday evening that the grenade launcher used in the attack has been recovered.
Apart from this, many suspects have been arrested in this case. A statement issued by the Mohali police said, "Several suspects have been detained and questioned.
The launcher used in the attack has been recovered by the police and all leads are being closely tracked in the case. The incident in Mohali is being seen as a major intelligence failure, as the building houses the offices of the state's Counter Intelligence Wing, Special Task Force and some other units.
The incident comes at a time when four suspected terrorists affiliated with Pakistan were arrested in Haryana's Karnal recently and an IED containing 1.50 kg of RDX (explosive) was recovered from Punjab's Tarn Taran district.
Two people have been arrested in this case. Earlier, on April 24, an explosive device was also recovered near Chandigarh's Burail Jail.