The robbers also fired two shots at the three street vendors who ran behind to catch them. The street driver Mohammad Sajid was injured with a bullet. 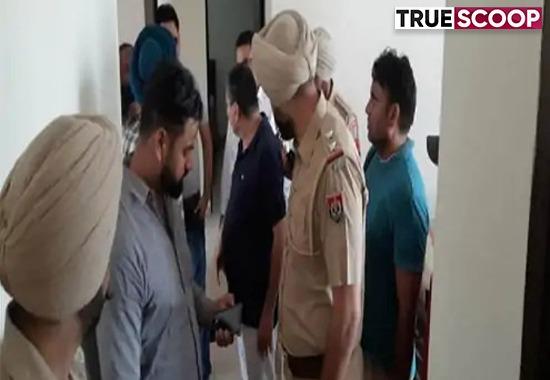 In Mohali's Dera Bassi, at noon on Friday, robbers came on two bikes and robbed a property dealer of Rs. 1 crore as per the report. The incident took place at the office of a property dealer located near Dera Bassi-Barwala Chowk. At the same time, the robbers also fired two shots at the three street vendors who ran behind to catch them. The street driver Mohammad Sajid was injured with a bullet.
He was brought to Dera Bassi Civil Hospital in critical condition, from where he was referred to GMCH-32. Dera Bassi police reached the spot as soon as the incident was reported.
According to the information, Harjeet Nagpal, a property dealer near Dera Bassi Barwala Chowk, told that he has sold his ancestral land to someone. In return, he had come to his office to give him Rs 1 crore in cash. He had called some people to his office to make some new deals with this money. Harjeet alleged that only those who came to make the deal turned out to be the robbers. Four of them showed him a gun in the office and fled with the money.
Also Read: Jalandhar: Robbers wearing helmets escape with gold worth with Rs 11 lakh in broad daylight; Watch
The robbers fired two shots while fleeing. One of them was hit by Mohammad Sajid (37). The robbers fled with a youth Govinda's bike. The miscreants on two bikes fled in different directions. Dera Bassi police have started interrogation by taking some suspects into custody in the case.
DSP Gurbaksh Singh said that the police are chasing the robbers. The accused should be arrested soon. The accused are said to be known to the property dealer.