Released on December 3 on Netflix, La Casa de Papel‘s last part will take you on an emotional ride. 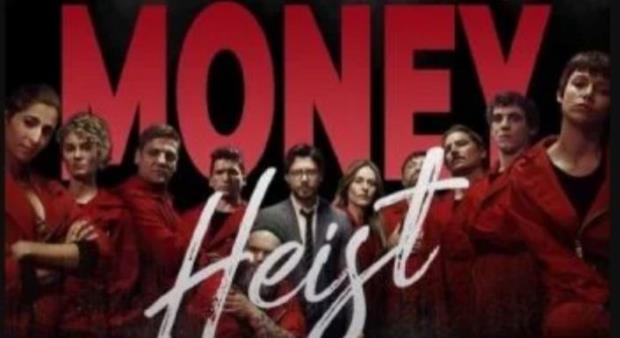 The wait is finally over!! Netflix’s most famous web series ‘Money Heist’ is back with the last part of the series. It’s no more a game of tears and revenge. Going forward, it’s all about survival. The show climbed in popularity to become Netflix's #1 show in many international markets and to rank in the top ten in nearly every global market. In April 2020, it was Netflix's most in-demand series.

Released on December 3 on Netflix, La Casa de Papel‘s last part will take you on an emotional ride. The show lovers who binged watch all the five episodes called it a rollercoaster ride, full of twists and turns. ‘The Family Betrayal’, ‘Friends turns foes’, ‘Professor without plan B’, ‘Final showdown between Professor and Colonel’ and ‘Alicia playing in Professor’s favour’ will surely blow your mind away.

This Heist was an ‘Unpredictable Game’. ‘Money Heist’ Season 5 Part 1 ended on an emotional note for the audience after Tokyo’s death. Part 2 begins with Tokyo’s narration. The gang can be seen overcoming the shock of Tokyo’s demise. Each character of the show goes through an emotional journey. Focussing more on the past life of Sergio and Andres, Recalling memories of their father, the story delves deeper.

The family betrayal breaks the Professor. Raquel loses trust in him. On the other hand, Alicia starts supporting the professor, but, “We will never be friends..." says Alicia.

With the ongoing melodrama, the story moves further. Professor and Colonel Luis Tamayo were in talks. Just when, Colonel declares Professor and team dead, and the audience loses their last hope, unexpected twists restores fans trust in the Professor’s gang. Mastermind Professor comes up with his hidden moves and an ultimate escape plan.

The series doesn’t have any dull moments. It will keep the audience glued to its screen. It’s impossible for them to take their eyes off. The story ends on a sweet note. The final volume of the series dropped on December 3, Friday. Season 5 Volume 2 is available on Netflix in four languages – English, Hindi, Tamil and Telugu; similar to the other four seasons.