Mongoose attacks snake in middle of the road.Video Viral

A video is getting viral these days in which a mongoose was caught fighting a cobra in the middle of a road. 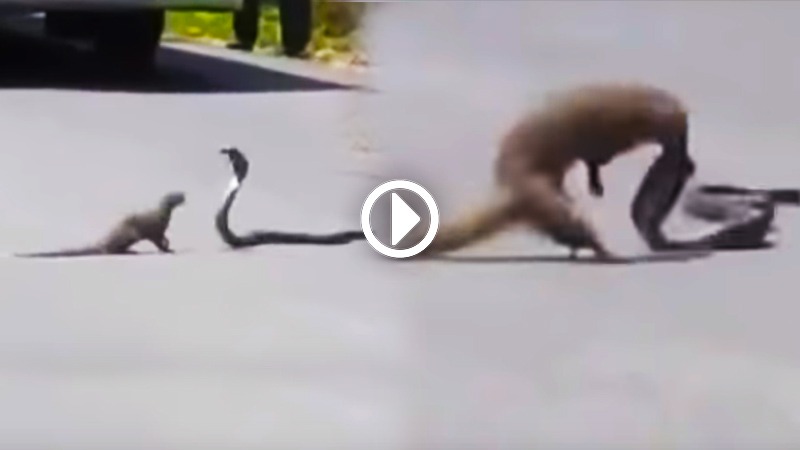 Snake and mongoose are two animals that can never be friends. Not only in fables but also, in reality, they are famous for their animosity. A similar kind of video is getting viral these days in which a mongoose was caught fighting a cobra in the middle of a road.

The video was shared by Indian Forest Service officer, Susanta Nanda with the caption, "Animals trying to kill a snake is akin to suicide, but mongoose have tricks of their own. Residing for millions of years alongside them, they have adopted to its venom. Agility, thick coats & glycoprotein production makes it immune to venom.Thick jaws brings cobra down in seconds."