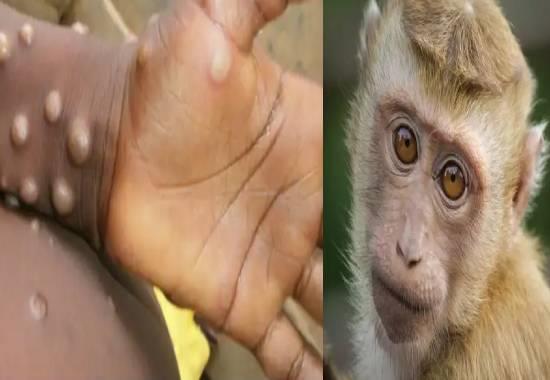 At a time when the world is still recovering from the COVID-19 pandemic, another mysterious disease named Monkeypox has started to create panic among the people. The United Kingdom (UK) on Tuesday confirmed the first cause of Monkeyvirus and ever since then people are wondering what disease is this and whether it is deadly or not. Recently, the Monkeyvirus case was found in a person in the UK who recently traveled to Nigeria. Monkeyvirus is passed from infected animals such as rodents to humans. The patient is currently being treated in an isolation unit at St Thomas hospital in London.
Now, those who are wondering about Monkeyvirus deadly effects, Monkeyvirus symptoms or Monkeyvirus causes or Monkeyvirus identification can read further:
What is Monkeyvirus?
As per reports, the rare disease of Monkeyvirus is caused by infection. As per Centers for Disease Control (CDC) in the United States, the Monkeyvirus belongs to the Orthopoxvirus genus in the family Poxviridae. WHO states that the zoonotic disease occurs primarily in tropical rainforest areas of Central and West Africa and is occasionally exported to other regions.
Monkeyvirus symptoms
Also Read: Tensions between Shanghai residents & China's Covid enforcers on the rise
As per the WHO, a person infected with Monkeyvirus gets fever, rash, intense headache, back pain, muscle aches (myalgia), intense asthenia (lack of energy), and swollen lymph nodes. Skin eruptions are also reported in patients of Monkeypox, which begins within 1-3 days of appearance of fever, according to WHO. The rashes tend to be more concentrated on the face. Apart from face, it affects palms of the hands and soles of the feet, oral mucous membranes, genitalia and conjunctivae as well as the cornea, the global health agency further said.
As per WHO, the Monkeyvirus incubation period (interval from infection to onset of symptoms) of monkeypox is usually from 6 to 13 days but can range from 5 to 21 days.
Now the question arises why this disease is called Monkeyvirus and how it infects a person. As per the UK Health Security Agency (UKHSA), Monkeypox is a rare viral infection that does not spread easily between people. CDC further states that the disease was discovered in 1958 when two outbreaks of a pox-like disease occurred in colonies of monkeys kept for research, giving the disease its name.
Monkeyvirus infection cause has not yet been identified, however, rodents are the most likely, to carry it. Eating inadequately cooked meat and other animal products of infected animals is a possible risk factor.
Monkeyvirus treatment
It is pertinent to mention here that Monkeyvirus treatment is yet to be found.  Vaccination against smallpox is found to be about 85 per cent effective in preventing the disease.