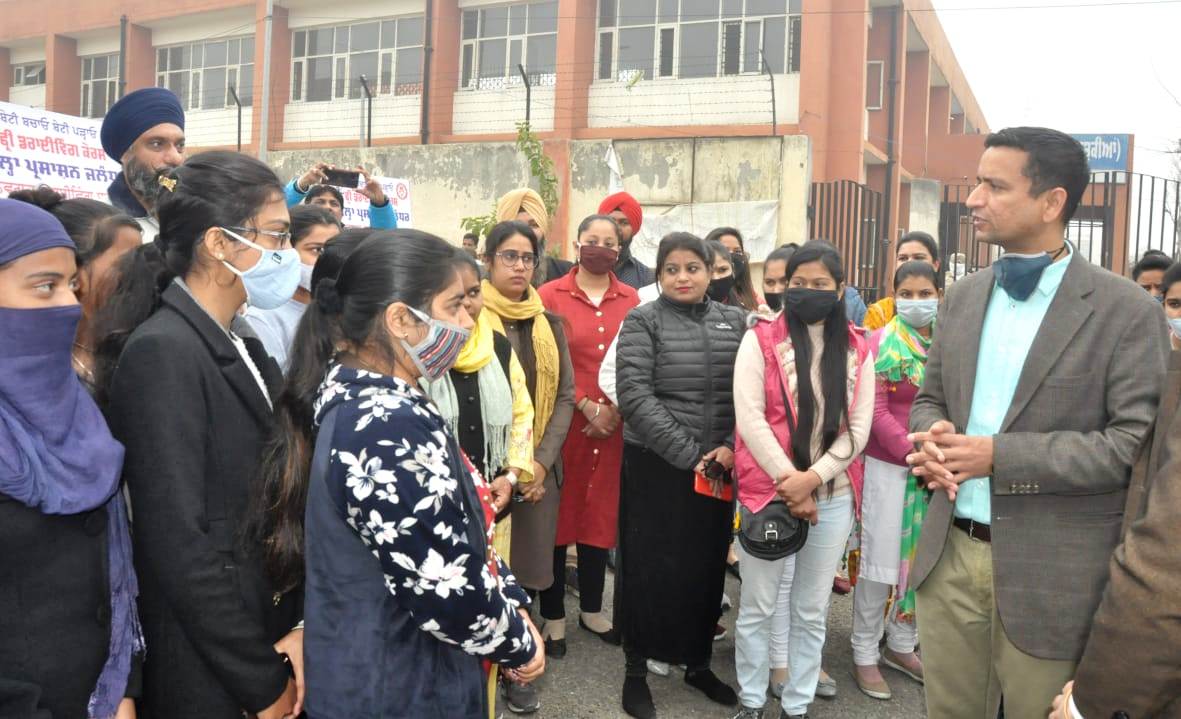 Jalandhar, February 16- Following the massive response to the first phase of free driving training classes for the girls, the Deputy Commissioner Ghanshyam Thori on Tuesday flagged off the second phase of the driving course for the girls under `Beti Bachao Beti Padhao' Drive. The second camp has been started with 50 girls and more girl would be trained in coming days by the district administration in various groups. In the earlier course, 70 girls had successfully attended the classes.

The coaching would include theory and practical sessions simultaneously, with 8 KMs of mandatory training during each class.

Divulging More, Deputy Commissioner Ghanshyam Thori said that to make girls self-reliant and skilled in this highly competitive world, the district administration has decided to launch the second phase of this project.

He said that the administration has already taken many steps to ensure women's empowerment at various thresholds of the society be it a career prospectus or social life.

He said that in the present competitive world driving skills are quite crucial and sometimes prove a game-changer from the employment point of view. The deputy commissioner said that it was the need of the hour to organize such camps for the girls so that they can be benefited from equal job opportunities.

The Deputy Commissioner added that the administration after the culmination of the camp would also assist the girls to obtain learner’s driving license from the transport department.

Thori said that the core motive behind this idea was to make girls self-reliant and help them build confidence so that they don’t miss any opportunity due to the lack of driving skills. He added that with this new skill, the girls would not rely on others for movement from one place to another. The deputy commissioner also shares some of the tips with girls to get success in their career. Prominent amongst others present on the occasion included DPO Gurminder Singh Randhawa, DCPO Ajay Bahti, CDPO Amreek Singh, and LPO Sandeep kumar.

Get the latest update about Punjab, check out more about Women Empowerment & Jalandhar