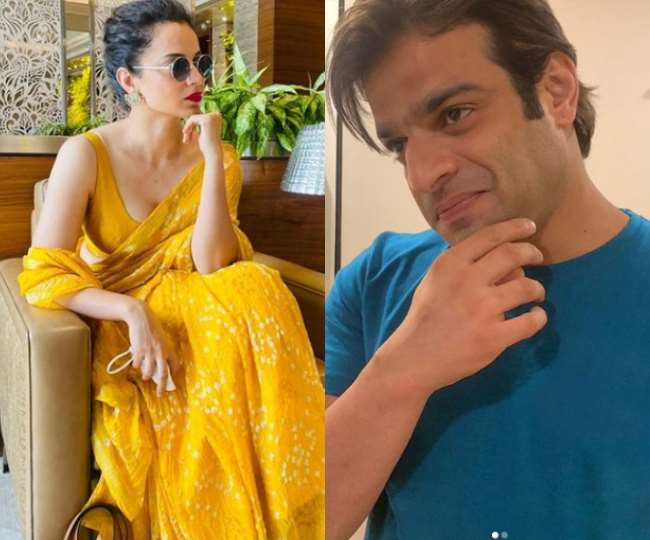 Karan Patel, a prominent actor from the TV show 'Yeh Hai Mohabbatein', has recently made headlines. It's because of his response to actress Kangana Ranaut's recent tweet about rising oxygen plants. The actor is well-known for expressing his views and being vocal about both circumstances and people. Karan Patel took to social media to discuss Kangana Ranaut's Twitter tweet, referring to her as a standup comedian. Kangana recently took to Instagram to discuss the current pandemic situation and the country's increased oxygen plants. “This woman is the most funny stand-up comedian this country has produced,” Karan Patel wrote in response to Kangana's tweet. On social media, he also posted a screenshot of the tweet.“Everyone is building more and more oxygen plants, having tonnes and tonnes of oxygen cylinders, how are wecompensating for all the oxygen that we are forcibly drawing from the environment?” Kangana Ranaut tweeted, which Karan Patel posted on Instagram. It seems that we have learned little from our failures and the resulting disasters #Planttrees.” 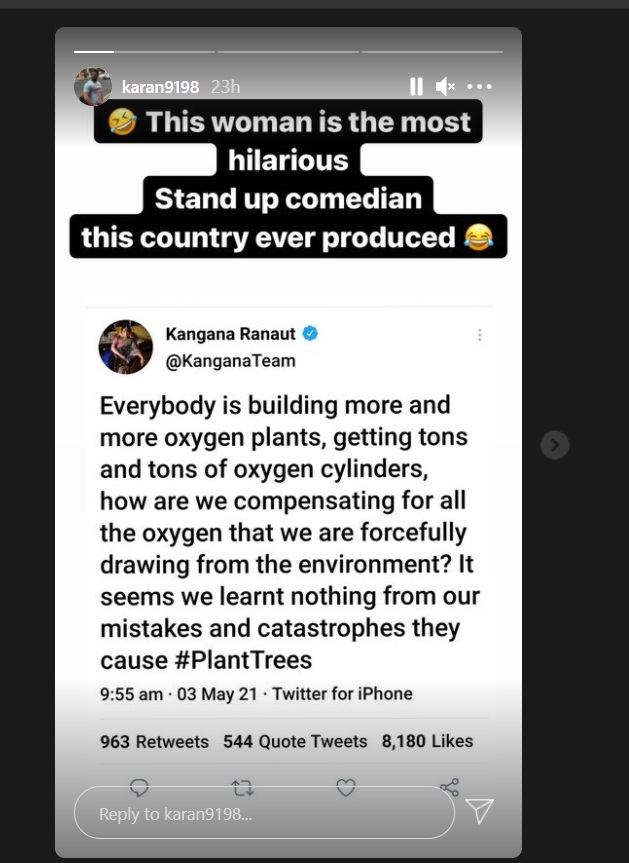 He wittily captioned it, “This woman is the most hilarious Stand-up comedian this country produced’’

Kangana Ranaut's Twitter account has been suspended indefinitely after she posted tweets that violated the microblogging site's rules. The actress made derogatory remarks about West Bengal Chief Minister Mamata Banerjee in a series of tweets. The actress was criticising Mamata Banerjee for the alleged violence that erupted in the state after the State Assembly Election results were announced on Sunday (May 2).

Karan has not responded to Kangana for the first time; he had previously made an indirect remark about the actress, which enraged Kangana's fans. Karan Patel role in the TV show Yeh Hai Mohabbatein. 'Raman Bhalla' was his character. The actor has also appeared in Season 10 of Khatron Ke Khiladi. The actor was most recently seen in Ekta Kapoor's Kasautii Zindagii Kay 2 as Rishabh Bajaj.