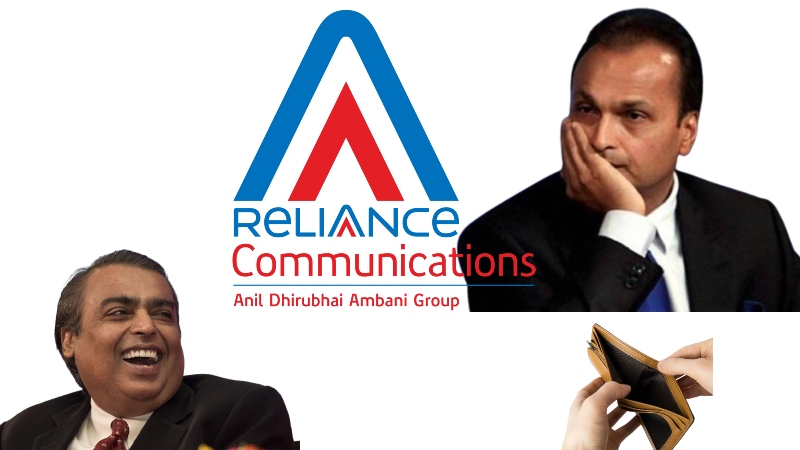 Story of every home?

The politics played by the two bothers in the house of Late Dhirubhai Ambani, when looked at the bare basics, are no different than what happens in almost every home in the world.

Consider the scenario. A younger brother is working hard to set his business in order and approaching third-parties to purchase his ailing business.

The elder brother notices that if his younger brother is able to sort this mess and able to stand on his feet, then it could lead to a strong competition in the future from within the family only.

The elder brother, then, extends his helping hand even claiming a right of first purchase and stops the deal with the third-parties dead in tracks.

Once, the third-party bailout is out of question then the elder brother turns on his word and leaves the younger one holding the bag, and having to fend for himself from scratch.

Mukesh’s dream from a long time?

The elder brother, Mukesh Ambani always had dreams to enter telecom business but was stopped by one reason or other.

His venture Jio had to wait till 2016 to enter the telecom business.

Since business acumen flows in the veins of Ambani family, Mukesh offered something innovative and valuable for free and the whole nation – from a small shop owner to housewives – was hooked.

This was achieved by free 4G data plan with unlimited calling, video content over OTT, and other features.

Anil was left holding the bag

Once the efforts of Anil were derailed, the state of Anil’s company Rcom went from bad to worse.

Spectrum is the only valuable asset

In the current state, Anil’s company Rcom only has spectrum which is worth (big) money and the sale of these can be used to pay the investors and lenders whose money has been stuck in the failed business.

Also, together with Rcom, another company Aircel is also involved and when both the companies are considered together, the arrears are in the range of Rs 60,000 crore.

Also read: Punjab Covid Review: All you need to know about the recent curbs

DoT too wants its dues

Amid the hue and cry by the creditors, the government too wants its dues. The Department of Telecom (DoT) is an operational creditor and comes later in the queue – behind the financial creditors.

However, if the DoT’s dues are cleared first then there will be nothing left for the financial creditors, and the latter will be approaching the Supreme Court regarding this.

Understandably, the investors and lenders are a worried lot and will challenge this ruling by NCLAT.

Further, there is a bidder who proposes to take care of all the financial issues.

UV Asset Reconstruction Company (UVARCL) has won as the successful bidder and it proposes an advance of Rs 150 crore plus a payment of Rs 6,630 crore spread over the next five years.

Further, Rs 14,000 crore is being offered for the spectrum.

However, people close to the creditors (wishing to remain anonymous) express fear that such an arrangement will leave the creditors – Indian and foreign banks – with non-performing assets of around Rs 60,000 crore. And this is the amount claimed by the creditors.

As valid as everyone must be in asking for their money back, still, DoT seems to be in a tight spot.

One of the sources cited a Supreme Court ruling where it was ruled that the operational creditors cannot claim any amount over and above the resolution plan approved by the Committee of Creditors (COC). This precedent is of Ghanashyam Mishra and Sons Private Ltd versus Edelweiss Asset Reconstruction Company Ltd.

Thus, we see a mess – family and financial – of a high-level and every party will attempt to salvage whatever they can from these sunken ships.

For now, eyes are on the appeal in Supreme Court which is being planned by financial creditors to challenge the ruling of NCLAT.