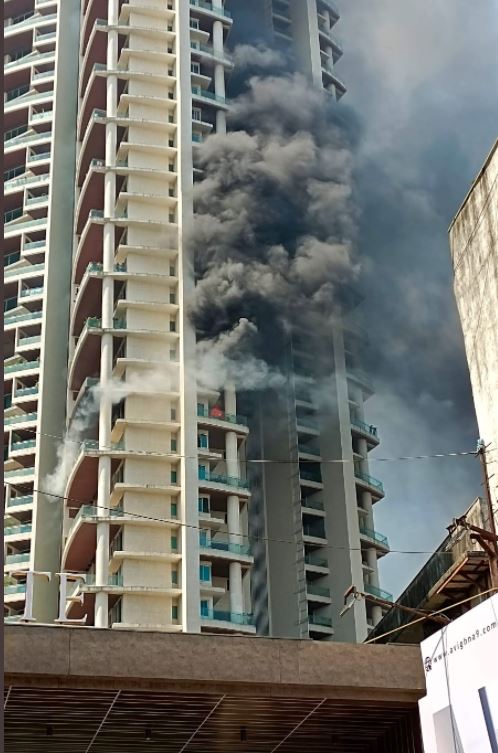 On Friday afternoon, a level-4 fire broke out at a 60-storey building at Avighna Park apartment, Curry Road in South Mumbai's Parel. The fire broke out on the 19th floor of the residential tower. So far, one death has been reported and around 26 residents have been rescued. The deceased has been identified as Arun Tiwari (30).

As many as 12 firefighters have been working to douse the blaze. Mumbai Fire Brigade said, “Level 4 fire broke out at Avighna park apartment, Curry Road around 12 noon today”.

Video of the incident has been viral on social media. One such video showed a man falling from the building's 19th floor that was engulfed in flames. A senior KEM Hospital official said that the man, identified as Arun Tiwari, 30, was brought to the hospital at around 12.45 pm. He has been declared brought dead.

Videos showed black plumes of smoke billowing as a massive fire raged on that floor.

Also Read: Massive fire breaks out at scrap godown near PPR in Jalandhar, no casualty reported

Mumbai Mayor Kishori Pednekar and other senior district officials reached the spot. Mayor, was quoted saying, “The Fire and Rescue department reached the spot as soon as they received the news about the incident. So many people have been rescued and the efforts are still on. One man jumped off the building in panic. We can't say that the fire fighting team failed in this. Please don't spread rumours”.