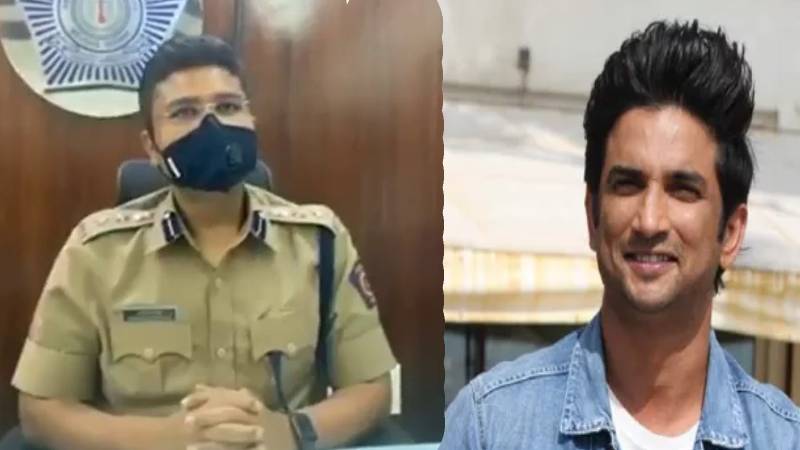 After continuous social media trolling and pressure from fans, Mumbai Police has finally responded to Bollywood actor Sushant Singh Rajput's case. Mumbai Police was responding on the reports of the postmortem of Sushant Sigh Rajput. Deputy Commissioner of Police Abhishek Trimukhe said that Bandra Police have recorded statements of 27 people so far into the death case. He further said that the postmortem report clarified that the actor died by 'asphyxiation due to hanging'.

Mumbai Police on Wednesday received the final postmortem report of late actor Sushant Singh Rajput. It was been signed by a team of five doctors. "No struggle marks or external injuries" were found in the actor's body, suggests his postmortem report. The cause of death is mentioned as asphyxia due to hanging. His nails were also found clean. The report cites the actor's death as a "clear case of suicide with no other foul play" as reported by India Today.

However, fans started doubting the credibility of the Mumbai Police as the case is high profile. Many fans came up with their narrative and built continuous pressure for the CBI investigation.

Responding to all narratives, Abhishek Trimukhe said, "Bandra police have recorded statements of 27 people so far in Sushant Singh Rajput's death case. We've got his detailed post-mortem report and doctors have clearly mentioned asphyxia due to hanging as cause of his death."

"We are investigating the reason behind his suicide from every angle," he added.

However, the statement by Deputy Commissioner of Police Abhishek Trimukhe is coming after 13 days of suicide and by continuous pressure from the fans on social networking sites. Whether the Maharashtra government or Modi Government will listen to fans' plea of CBI inquiry or not only time will tell.