Lock-Upp: As Kangana Ranaut's show Lock-Upp is progressing towards its finale, the competition between the contestants is increasing. 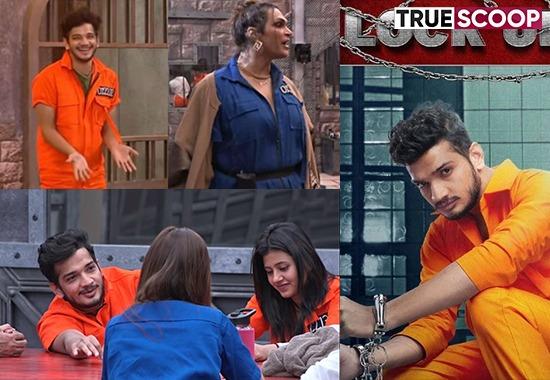 Lock-Upp: As Kangana Ranaut's show Lock-Upp is progressing towards its finale, the competition between the contestants is increasing.
Fans are also keeping a close watch on every step of the prisoners of the show and before Finale Week they have also given a lot of votes to their favourite contestants. Meanwhile, the show has got another finalist.
Recently Shivam Verma and Munawar Faruqui appeared as the finalists of the show. Now after these two, Prince Narula has joined the final race after overcoming all the difficulties in this atrocious jail of Kangana Ranaut.
Prince Narula, who has got the tag of the winner from every show, has emerged as the third finalist of Lock-Upp. Prince is one such contestant in the show, who has not lost a single show to date.
Also Read: Poonam Pandey bathing video leaked from sets of Lock Upp?; Prince Narula says, 'Men will vote for her'
Munawar Faruqui: Lock-Upp
At the same time, in this show too, he is impressing the audience with his game. He joined the final race by defeating Payal Rohatgi.
There was a fierce fight between Payal Rohatgi and Prince Narula, in the show so far there has been a lot of debate between Prince and Payal, where both are seen opening each other's poles. Nora Fatehi's name also surfaced in one of their fights.
It happened that Prince had named Payal's boyfriend Sangram, after which Payal told him, 'You have come with the support of Nora Fatehi. Now speak.' Reacting to this, the Prince had said, 'I can't even count your ex.'
After meeting their respective families in the recent Family Week episode, the eyes of all the family members have been opened. Now all the contestants are leaving their friends and focusing on playing.
Nevertheless, t has to be seen that in the coming time, which member of the show gets the fourth finalist after Shivam Verma, Munawar Faruqui and Prince Narula.
Lock Upp's top 3 finalists
Lock Upp has got its first three finalists of season 1.
Shivam Sharma
Munawar Faruqui
Prince Narula
Lock Upp Finale Date
If it is believed to be, the finale of the fearless and captive reality show is likely to take place in the first week of May and it can be either on 7th / 8th May.
However, these are just tentative dates and an official announcement regarding the same is still awaited.