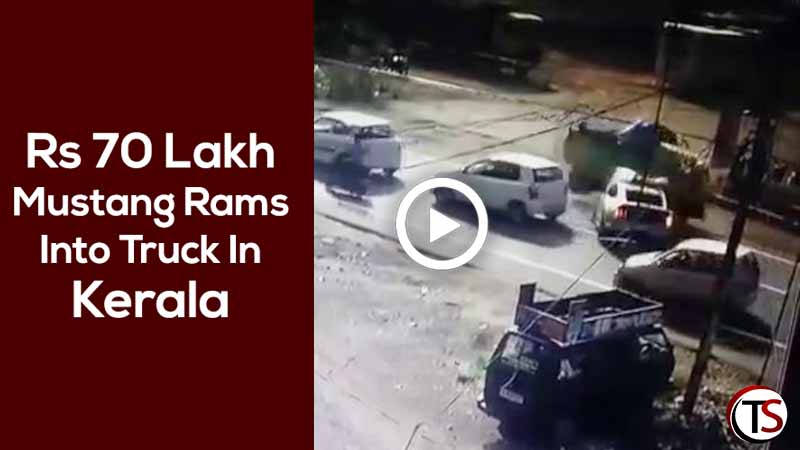 In a miraculous video, Ford Mustang worth Rs 70 lakh rammed into a truck in Kerala. The CCTV footage of the accident looked brutal, however, the driver was miraculously survived.

CCTV Footage shows a Ford Mustang crashing head-on into a lightweight truck. The incident is from Kerala where a majority of roads are single-lane two-way roads. Instead of waiting in the lane the Mustang driver chose to move into the opposite lane to move away. And that is where the accident took place.