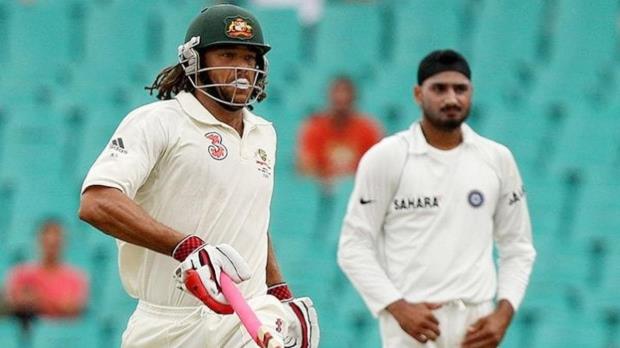 Andrew Symonds Death: Former Australian cricketer Andrew Symonds died in a car accident. Queensland Police said the incident happened around 10:30 pm on Saturday in the Hervey Range, about 50 km west of the city. Symonds was about to turn 47 the very next month, on June 9.
Symonds has played 26 Tests, 198 ODIs and 14 T20 matches in his career. In this, he has scored 1462 runs in Tests, 5088 runs in ODIs and 337 runs in T20s. Symonds also played 39 matches for Deccan Chargers and Mumbai Indians in IPL, scoring 974 runs.
Symonds has been Australia's legendary cricketer, but he has also been deeply involved in controversies. There are many such controversies in his career, which are known all over the world. Whether fighting in the pub or getting into a fight with someone on the field, Symonds has had many controversies about his name. One such controversy has been 'Monkeygate'. In this, Symonds had a dispute with Harbhajan Singh.
Symonds and Harbhajan became 'Monkeygate' in Sydney Test
This is from 2007-08 when the Indian team was on an Australia tour. Then Australia won the first match of the four-Test series by 337 runs. The second match was played in Sydney on 6 January 2008. In this test, Symonds was batting. That's when Symonds had a tussle with Harbhajan. Later, Symonds alleged that Bhajji called him a monkey. After this Harbhajan was also banned for three Test matches.
BCCI had also threatened to cancel the tour
Team India had come to the point of leaving Australia in the middle of the tour and coming back. During this, the Australian media wrote inappropriate things about Bhajji, while the BCCI threatened to end the tour midway.
Also Read: Cricketing world reacts in shock after Andrew Symonds dies in car crash
In such a situation, the matter reached the Sydney Court. An appeal was made against this decision. In the appeal, it was ruled that no such evidence was found to prove that Bhajji had made the apartheid remark. Harbhajan's three-Test ban was lifted. This case is still known as 'Monkeygate'.
Sachin also mentioned this in his autobiography.
Sachin has written in his autobiography that when Bhajji and I were batting, the matter started heating up. Harbhajan completed 50 runs and Symonds was irritated. He started provoking Harbhajan Singh.
Bhajji came several times and told Sachin that Symonds was trying to provoke him. Tendulkar was constantly asking him to remain calm. His focus was on the scoreboard and this Crucial Time was going on as the Indian team was ahead of Australia's score and this was a very important period according to the game.
Every single run coming here was precious. Sachin knew that if Harbhajan Singh lost control, then Australia would be successful in his tactic because however, he wanted to break this partnership.
Meanwhile, after taking a run, Bhajji jokingly patted Brett Lee on the back, on which Symonds, who was fielding, was annoyed. Due to this, the matter between Harbhajan and Symonds had heated up. When Symonds started abusing, even Bhajji could not stay and the controversy increased so much.