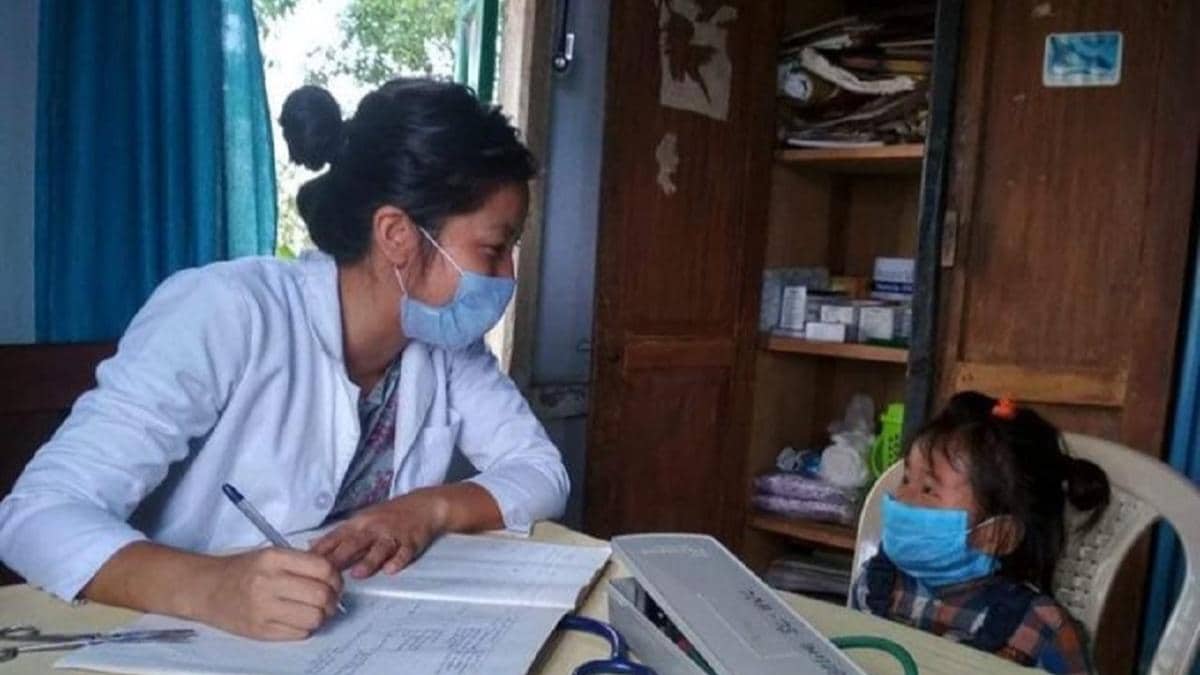 “Age is just a number”, a phrase is proved right by a three years old girl from Nagaland, as the toddler has gone to the health care centre by herself. The baby girl herself visited the doctor as she had symptoms of common cold and her parents were out at work.

However, netizens are praising the small girl because of her self-awareness and sense of responsibility. The photo of the toddler is now doing rounds on social media.

The toddler is named Lipavi. The healthcare workers at Hebolimi Health centre in Ghathashi Tehsil of Zenheboto district were surprised after they saw a little girl came for the examination.

Reportedly, she was having symptoms of the common cold from last night but as her parents were out at work so she decided to go to herself for the check-up at the nearby health and wellness centre.

She was wearing a face mask when she turned up at the health care centre. She was attended by the Community Health Officer (CHO). The picture of the little girl is winning the hearts of hundreds on social media.

Bhartiya Janta Party’s State President Benjamin Yepthomi has tweeted about the incident. His tweet read, “The medical staff was in for a pleasant surprise when 3-year old Miss Lipavi, showed up at the health center. She reportedly had cold symptoms but since her parents had left for the paddy field, she decided to come all by herself for a check-up at the health centre.”

He also wished her a speedy recovery and tagged Prime Minister Narendra Modi and Union Health Minister Dr. Harsh Vardhan in his tweet.

Netizens praised her and were highly impressed by the little girl. Here are the tweets by netizens: