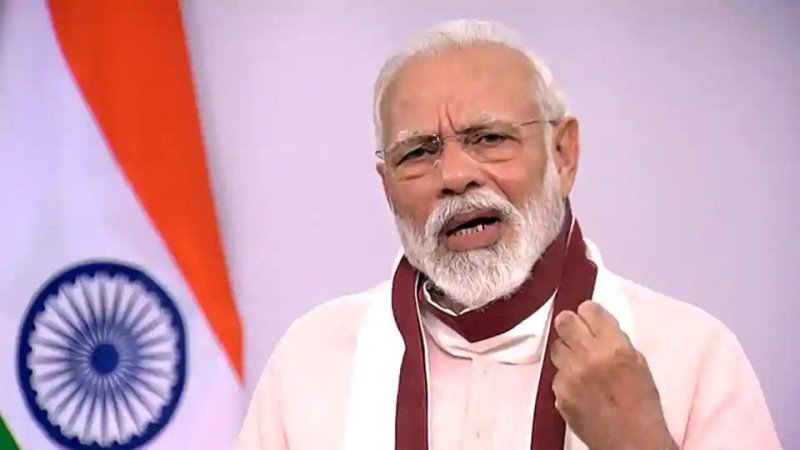 Prime Minister Narendra Modi on Saturday inaugurated three projects in Gujarat including the Kisan Sarvodaya Scheme, under which the farmers will get electricity during the day for the irrigation purpose and said that Gujarat was first state to adopt policy for solar power generation.

Speaking on the occasion, Modi said, "After Sujlam Suflam and Sauni scheme, this Suryodaya scheme will benefit farmers. It will give maximum benefit to farmers."

He said, the works in the power sector will work wonders for farmers of Gujarat in the coming years.

He also highlighted that Gujarat was the first state in the country which brought policies for solar power usage. "When the Patan solar power plant was set up in Gujarat, no one has imagined that India will show the world the mantra of one sun-one world-one grid," he said.

"Today India is among of the top countries in the production of Solar power generation. It has reached on 5th spot and is moving forward at a rapid pace," Modi said.

Also Read: Hope in stock markets seen, but are we out of the woods?

Highlighting the benefits of Kisan Suryodaya Scheme, the Prime MInister said, "Farmers will get the power since morning till 9 p.m., and they will get three phase electricity."

He also said that the Gujarat government will lay 3,500 km new circuit lines in next few years in the state. "And I have been informed that in 1,000 villages, most of which are in tribal areas will be benefitted in the coming days," Modi said.

The recently completed ropeway on Mount Girnar near Junagadh city of Saurashtra region covers a distance of 2.13 kilometres from the foot to the peak where the temple of Maa Amba is situated.