Nation should stand paramount to all: Om Birla on Sidhu's remark 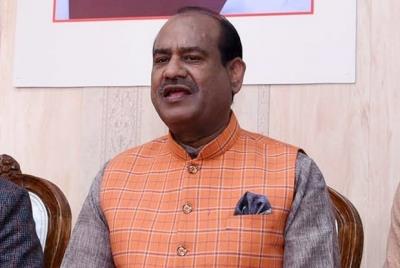 The remark by Sidhu was made during his visit to Gurdwara Darbar Sahib in Pakistan's Kartarpur on Saturday.

"It is generally expected from all public representatives that they consider their nation as paramount irrespective of the fact whether they say their point in the house or outside the house," Birla, who was in Jaipur, told the media.

Further responding to a query on farm laws, he said, "It is the government's job to bring or withdraw any law and I, as the Speaker of Lok Sabha, cannot comment on it."

Birla noted that the upcoming Parliament session will start from November 29.

"I hope the Parliament session runs smoothly and all issues are discussed in the House," he said.

Birla also shed light on 82nd session of All-India Presiding Officers' conference held recently in Shimla and said that some historic decisions were taken in it.

Keeping in view the changing circumstances across nations, it was resolved to frame a uniform procedure in all legislatures.

Birla said further discussion will be held on anti-defection law to make it better.