National Girl Child Day: Leading ladies of India who are inspiring the nation

These powerful women have done exemplary work in their respective fields. 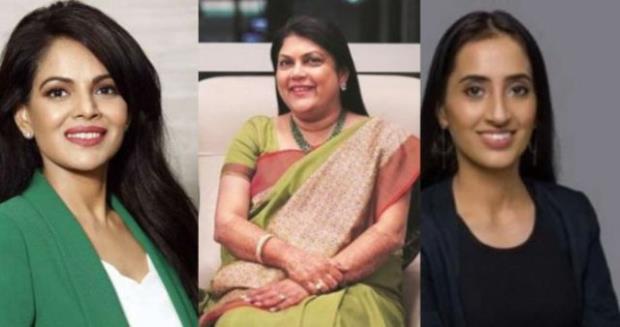 The National Girl Child Day is celebrated in India every year on January 24th. It was initiated in 2008 by the Ministry of Women and Child Development and the government of India, in order to spread public awareness about inequities that girls face in Indian society.
Objectives of National Girl Child Day
On this day, we are sharing a list of leading ladies of India who are inspiring the nation:
1. Nirmala Sitharaman is an Indian economist and politician serving as the current Minister of Finance and Corporate Affairs of India. She is a member of the Rajya Sabha, the upper house of the Indian Parliament, since 2014. Sitharaman formerly served as the Defence Minister of India, thereby becoming India's second female defense minister and also the second female finance minister after Indira Gandhi and first full-time female Finance Minister.
2. Nita Mukesh Ambani is an Indian philanthropist. She is the chairperson and founder of the Reliance Foundation, Dhirubhai Ambani International School and a director of Reliance Industries. She was listed in 2016 in 'the fifty high and mighty Indians' list by India Today. and in 'the most influential women business leaders in Asia' list by Forbes. She was the first Indian woman to become a member of the International Olympic Committee (IOC).
3. Falguni Nayar is an Indian businesswoman and billionaire who is the founder and CEO of the beauty and lifestyle retail company Nykaa. Nayar is one of two self-made female, Indian billionaires. Nayar is now the wealthiest female Indian billionaire with her estimated wealth to the tune of $6.5 billion, after recent listings, and in the top 20 richest people of India.
Also read: Int’l Day of Girl Child 2021: Theme, History, Significance and More!
4. Vineeta Singh an entrepreneur who is Founder and CEO of Sugar Cosmetic, she also judges in a reality show named Shark Tank India which comes on Sony Entertainment Television. Vineeta Singh’s net worth is about $8 Million. The beauty company boasts that it has 35,000 points of distribution network in 120 cities throughout India. Veena Singh is among the top hundred mindful women in the world.
5. Namita Thapar is an Indian entrepreneur. She is an Executive Director of Emcure Pharmaceuticals Ltd. She is a judge of the television business reality show Shark Tank India Season 1 in the year 2021. She got awarded numerous prestigious corporate awards like Barclays Hurun Next Gen Leader recognition and The Economic Times’40 under Forty’ award. Namita received the 2017 Economic Times Women Ahead List award. She is the recipient of the World Women Leadership Congress Super Achiever award.