Actress Nayanthara, hailed as the lady Superstar of Tamil cinema, will next work with director Ashwin Saravanan on a film titled 'Connect'. 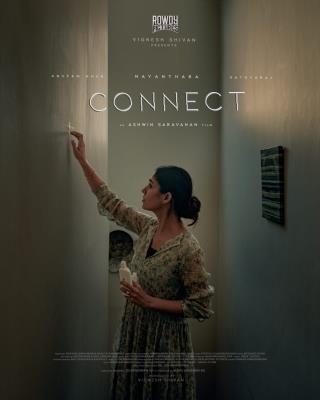 Actress Nayanthara, hailed as the lady Superstar of Tamil cinema, will next work with director Ashwin Saravanan on a film titled 'Connect'.

Breaking the news on Thursday on the occasion of Nayanthara's birthday, director Vignesh Shivan, who is producing the film, tweeted, "Always proud to be connected with you #Nayanthara. Happy working with this excellent filmmaker Ashwin Saravanan. Signing the legendary Anupam Kher sir with our own legend Sathyaraj sir for this project makes Rowdy Pictures feel more blessed & successful."

This is the second time that Ashwin Saravanan will be working with Nayanthara. Nayanthara had played the lead in 'Maya', Ashwin's debut film as well. The film had gone on to become a hit and had made an impressive profit at the box-office.

Ashwin Saravanan also took to Twitter to express his happiness.

He tweeted, "Six years later & the reunion has finally happened! Extremely honoured to be working with the one and only! Thank you Vignesh Shivan brother & Rowdy Pictures for backing my vision. I couldn't be more excited to show the world what we are up to. #HappyBirthdayNayanthara."