Anyone who allegedly reveals the identity of a person who is a victim of sexual assault or suspected to be one can be imprisoned for up to two years. 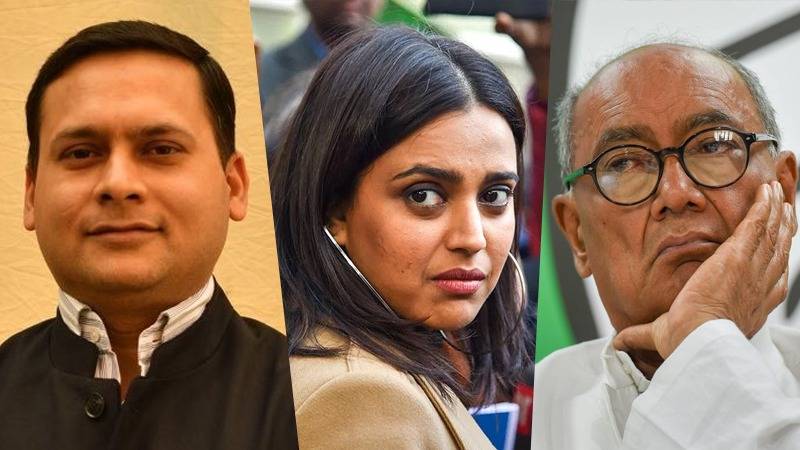 In a strong move to protect the identity of Hathras gangrape and murder victim, the National Commission for Women has issued notices to BJP IT cell chief Amit Malviya, Congress leader Digvijaya Singh, and actress Swara Bhasker for allegedly revealing the identity of the Dalit woman on Twitter and sought an explanation from them.

Apart from this, the NCW has also directed them to promptly remove the posts and refrain from sharing such information in the future.

The National Commission for Women chief Rekha Sharma has issued notices to three of them.

"Not only Amit Malviya but others like Digvijaya Singh, Swara Bhaskar & many others have revealed the identity of the Hathras victim on social media and others at Jantar Mantar," said the National Commission for Women chief Rekha Sharma.

Sharma further stated that the report is not clear on rape and the Court has also taken Suo Motu cognizance. "Once it's clear, NCW will give notice to everyone. I have details of each and every person putting pictures on social media or on posters," she added.

Notably, under Indian Penal Code provisions, anyone who allegedly reveals the identity of a person who is a victim of sexual assault or suspected to be one can be imprisoned for up to two years.

On the evening of October 2, Malviya had tweeted a video of the victim saying, "Haathras victim's interaction with a reporter outside AMU where she claimed there was an attempt to strangulate her neck.

"None of it is to take away from the atrocity of the crime but unfair to color it and demean the gravity of one heinous crime against another."

In separate notices to Bhasker, Malviya, and Singh, the NCW said it has come across several Twitter posts wherein the picture of the victim of the alleged gang rape incident was used. “In view of the above, you are hereby required to provide a satisfactory explanation to the Commission on receipt of this notice and shall remove and refrain from transmission of such pictures/ videos on the social media as they are widely circulated by your follower which is prohibited by the existing law,” the NCW said in the notice.

The NCW chief said, “Courts have said over and over again that a rape victim’s identity cannot be revealed in any which way. When we send statements, we are also very careful to never reveal the identity of a rape victim. The UP Police had issued a statement saying that she was not a victim of rape. Nevertheless, there seems to be some confusion. I will be speaking with Amit Malviya as well as the UP Police personally on the matter. If it turns out that she was a rape victim, then the NCW will take the issue forward to its logical end.”

The 48-second video was fodder enough for many to demand action against the BJP leader for allegedly violating laws that preserve the identity of sexual assault victims.

The 19-year-old Hathras girl died following an alleged gang rape. She died on September 29 at Delhi's Safdarjung Hospital after having suffered fractures, partial paralysis, and a spinal injury following the savage assault.